Jan Siewert will be hoping his Huddersfield Town side can cause an upset against Liverpool FC as the Terriers travel to Merseyside to face Jürgen Klopp’s side at Anfield on Friday 26 April; 8pm kick-off.

The Head Coach will go into Friday night’s game with the hope of causing one of the biggest upsets of the season, as Liverpool FC aim to win a first league title in 29 years.

At the time of writing, Liverpool FC currently sits at the top of the Premier League table, however, Manchester City could return to the top with a win over local rivals Manchester United on Wednesday night.

The hosts come into Friday’s game on the back of a 2-0 away victory over Neil Warnock’s Cardiff City, with midfielders Georginio Wijnaldum and James Milner both finding the net in the win in South Wales.

The reverse fixture saw Jürgen Klopp’s side clinch a 1-0 victory at the John Smith’s Stadium in October 2018, with Mohamed Salah grabbing the only goal of the game that day.

Town’s last win over Liverpool FC came in November 1959 as the Terriers ran out 1-0 winners at Leeds Road.

Trent Alexander-Arnold is a product of the Liverpool FC Academy and the full-back made his First Team debut in October 2016. The 20-year-old has since made a further 79 appearances for his boyhood club whilst also rapidly establishing himself as one of the best full-backs in the country. The England international is currently having a stellar season and has contributed with one goal and eight assists, including the provider for Georginio Wijnaldum’s opener in Sunday’s win against Cardiff City. 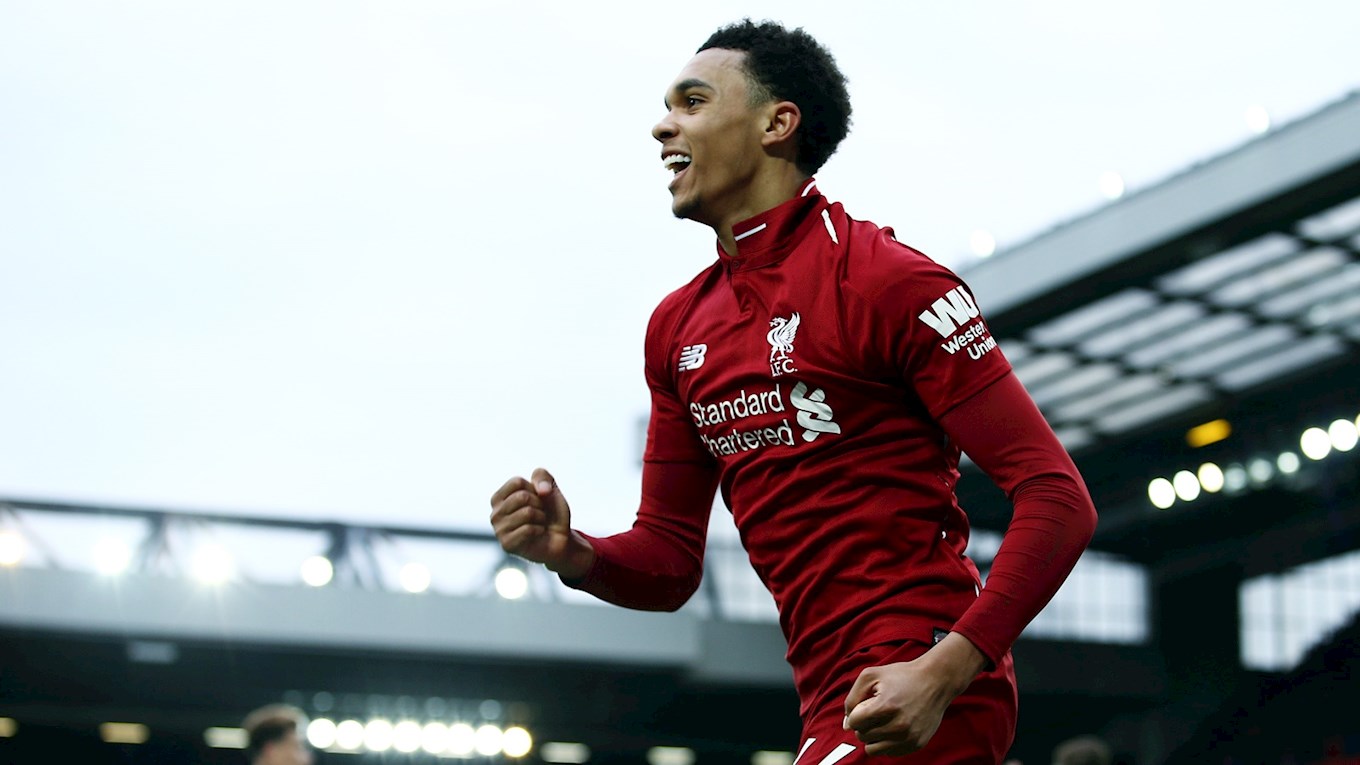 Mohamed Salah joined Liverpool FC from Roma in June 2017 and the winger took no time in settling in on Merseyside as he grabbed 32 league goals in a record-breaking debut season which saw him receive the Premier League Golden Boot. The 26-year-old has carried that form into the current campaign and the Egyptian international has so far found the net on 19 occasions whilst also providing 11 assists for his teammates. 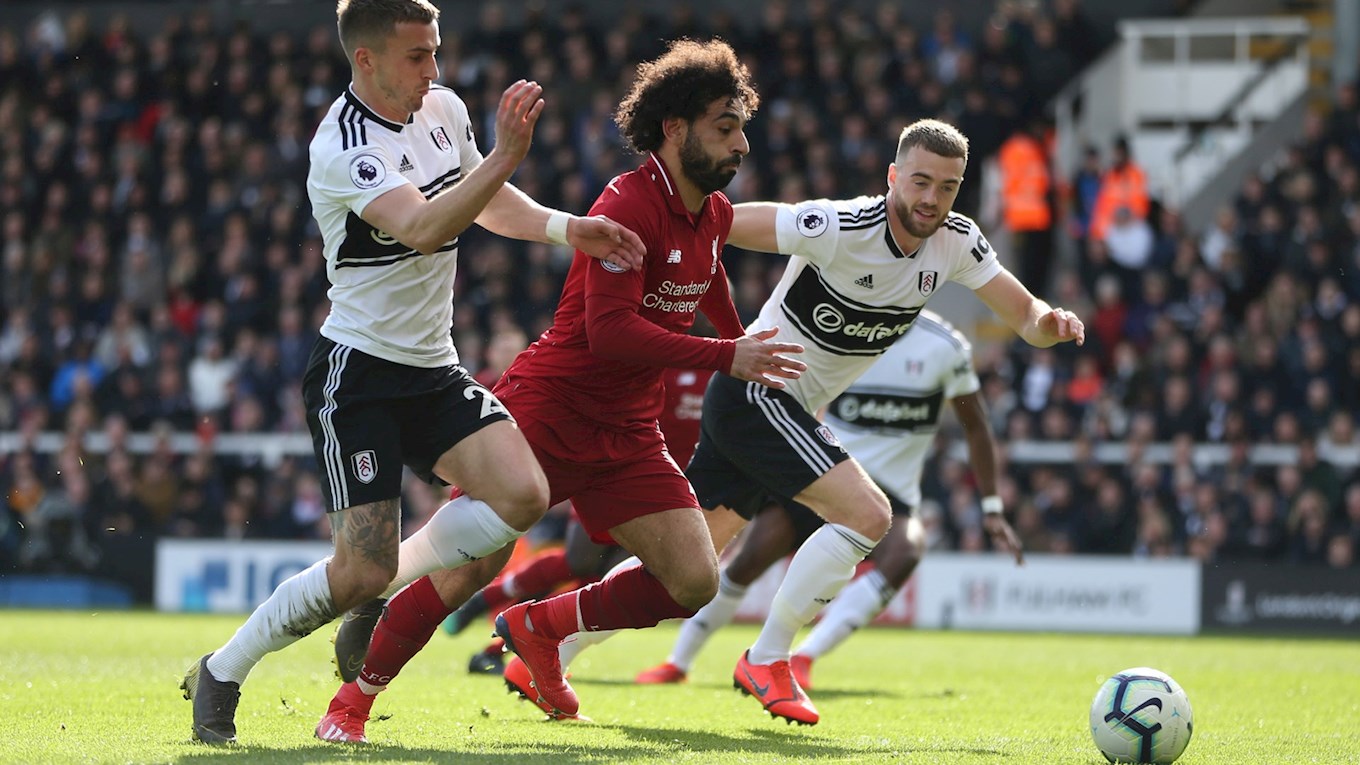 Virgil van Dijk is everything you could ask for in a centre-back; the Dutch international is commanding at the back, pacey, and an aerial threat from set-pieces. The 27-year-old joined Liverpool FC in January 2018 and he has gone on to make 66 appearances for Jürgen Klopp’s side. The centre-back has helped his side achieve 18 Premier League clean sheets this season and his form has also earned him a nomination for this year’s PFA Player of the Year award. 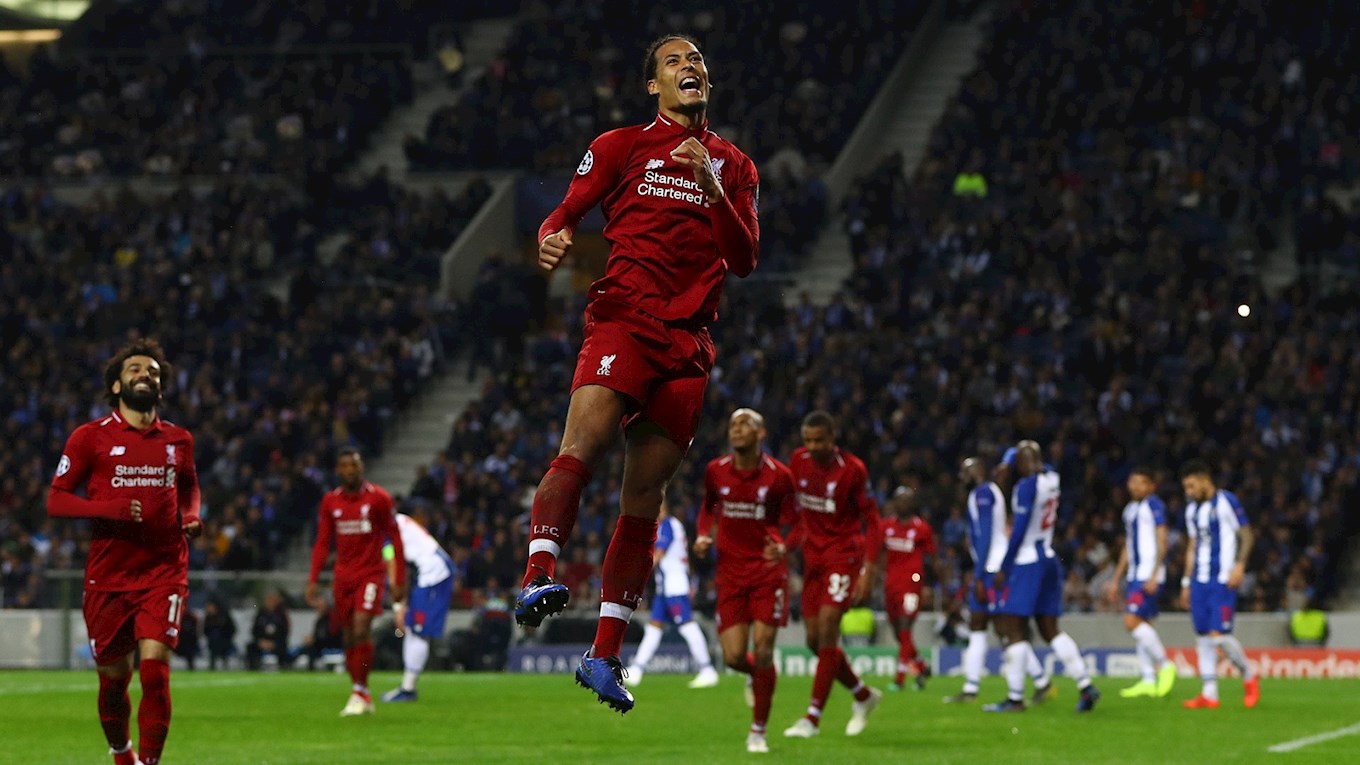 Jürgen Klopp will be hopeful that Fabinho is fit enough to feature in Friday’s game after the midfielder suffered a head injury in the 2-0 victory over Cardiff City.

Tickets for the match at Anfield have sold out, however, you can still listen to full commentary provided by BBC Radio Leeds via #HTTV.

Town will be wearing the famous blue and white stripes for Friday’s Premier League game at Anfield. CLICK HERE to buy yours now!

A tough night in blustery conditions at Anfield as high-flying Liverpool sustained their challenge for the title by putting five past the Terriers.

Naby Keïta opened the scoring inside the first minute, and although Town briefly rallied and showed some positive glimpses, Sadio Mané got the first of his on the night, as did Mohamed Salah, to hand Liverpool a 3-0 lead at the break. Mané and Salah both doubled their respective tallies in the second-half to seal a comprehensive victory.

Karlan Grant & Jon Gorenc Stanković in for Elias Kachunga & Aaron Mooy were the only two changes made by Jan Siewert on Merseyside. Kache dropped to the bench, where there was also a spot for the returning Adama Diakhaby, although Mooy missed out completely having picked up a knock in training.

It was one of the alterations that got robbed of possession deep inside the Town half with just 15 seconds on the clock. Stanković was set upon by Keïta, and as the latter nicked the ball away to Mo Salah, the midfielder found a gap to exploit and found the back of the net via the post.

Not the start that Siewert had desired, but his men immediately set about restoring early parity. Stanković tried his luck at the other end, and his shot looked to have been looping in having taken a wicked deflection, the Slovenian had to settle for the side netting, and a corner, of which nothing would materialise.

The response was good. Karlan Grant and Isaac Mbenza lurked with intent on either flank, and it was Mbenza who initiated another potential Town opening. Played in by Terence Kongolo's slide down the channel, Isaac used his pace to round Andrew Robertson and deliver low for the figure of Steve Mounié, who in truth was marshalled well by Virgil van Dijk and therefore unable to reach it.

Van Dijk, meanwhile, did manage to connect this time on Liverpool's attacking phase from a delivery of their own. Trent Alexander-Arnold's corner invitingly flighted a corner towards the Dutchman, who could thankfully only head over.

One man who didn't head over, 23 minutes in, was Sadio Mané. The Senegal international hammered home past Jonas Lössl after being magnificently picked out by a peach of a left-footed cross by Andrew Robertson.

A number of key challenges from Christopher Schindler and Tommy Smith in crucial areas inside the area prevented Sadio Mané from capping a first-half brace, combined with wayward finishing from Jordan Henderson

Dejan Lovren made a timely interception of his own as Jonathan Hogg looked to square to Steve Mounié, as the Reds' killer instinct ensured that the advantage would be extended to three courtesy of Mohamed Salah.

Salah raced forward and looped over the on-rushing Jonas Lössl to effectively seal the points before the second half had even began to take shape.

Mané instantly pressed on the front foot for that brace. He hooked over from the edge of the area, as the blustery Mersey conditions played a pivotal role in the ball dropping kindly out of the sky.

Up the other end, Town had two great chances to pull one back. Firstly, Juninho Bacuna's sheer persistence presented a golden chance for Karlan Grant to tap home at the far post, but as the goal gaped, Karlan somehow couldn't connect.

Steve Mounié followed up by latching onto a perfectly weighted through ball, only to hesitate upon bearing down on goal which allowed Keïta to recover.

Despite being three down, the Terriers came out with a real grit in their teeth to give the ever-vocal following in one corner of Anfield something to shout about. Bacuna remained involved, forcing Alisson in the Liverpool goal to make a sprawling save to the right which prevented a long-range, dipping attempt from Juninho nestling in the top corner.

Salah also continued to be a menace going forward for Jurgen Klopp's side, and skilful touches brought about a shooting chance on the volley. The resulting effort rattled the side netting, however.

Mané had been threatening to add to his tally all night long, and it eventually arrived minutes after the hour mark. The forward drifted away from his marker at the back stick and delightfully headed Jordan Henderson's inch-perfect cross back across the face of goal and into the opposite right-hand corner.

Town hadn't been off the boil in any sense, but they were up against a Liverpool side playing with an evidently impressive purpose as the reward of a Premier League title is well within reach as the season comes to its conclusion.

Lössl showed great agility to deny home substitute Alex Oxlade-Chamberlain, who received a warm welcome after coming on to make his first appearance in just over a year, and Town's Dane between the sticks smartly reacted to clear away a low shot.

Mané seeked his hat-trick and was unfortunate by thundering a header off the post with Lössl stricken, as the Reds continued to advance giving the men from HD1 no respite whatsoever.

That notion was supported as Salah tucked home a fifth. Robertson's quick dash was found, and the Scot wasted no time in squaring for the un-marked Salah who was never going to miss from a yard.