Huddersfield Town will return to action following the first international break of the 2017/18 campaign when the Club travels to West Ham United.

David Wagner’s side will look to build on its impressive start to the Premier League season after collecting seven points from the opening three matches.

Town could become the first newly promoted side to keep a clean sheet in each of its opening four games of the season if the Club keeps a clean sheet against the Hammers on Monday 11 September 2017.

Huddersfield Town will travel to the London Stadium for the first time after West Ham moved there at the start of the 2016/17 campaign.

In the first season at the Stadium used in the 2012 Olympic Games, the Hammers finished 11th with 45 points from 38 games.

Since being promoted back to the top flight of English football back in the 2011/12 season through the Play-Offs, West Ham United has impressed over the last five seasons finishing above 13th on every occasion. 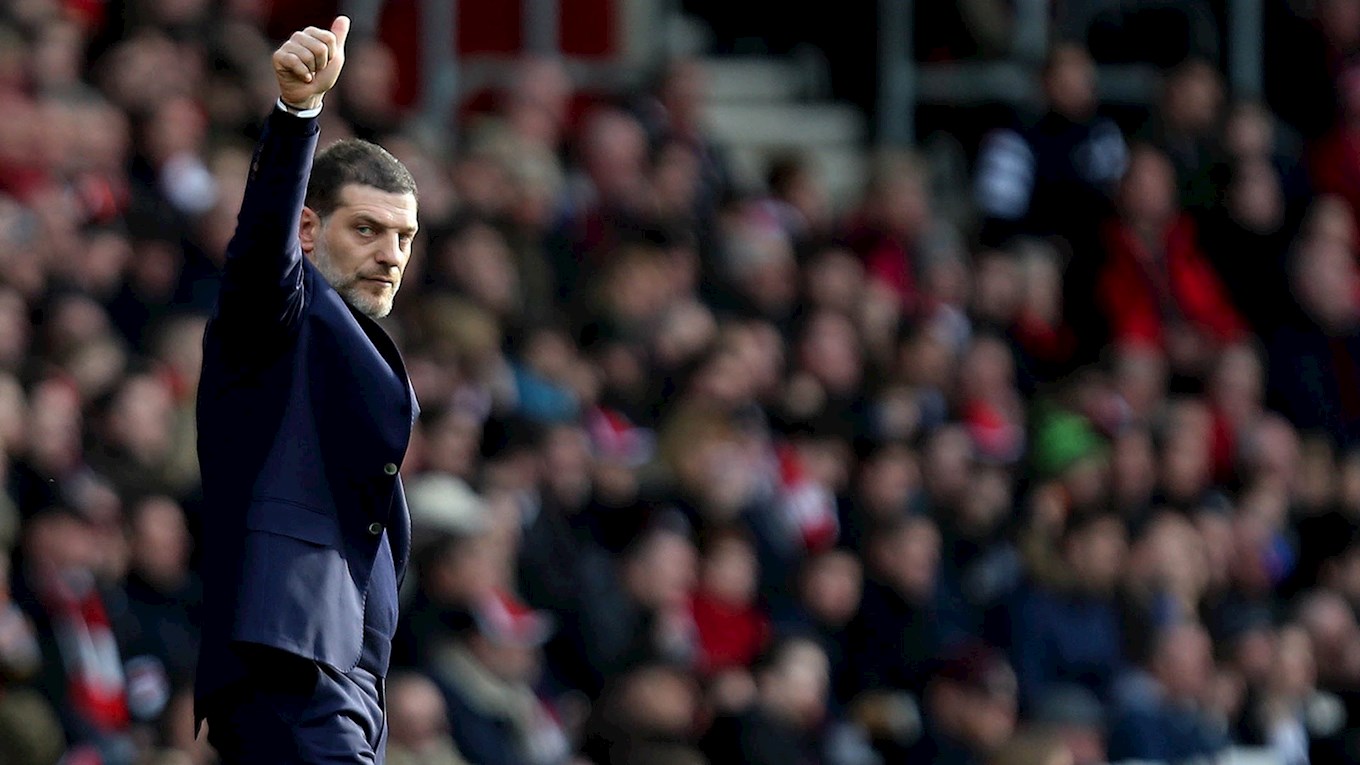 Under the guidance of former player and now manager Slaven Bilić (above), the London-based club have competed in the Europa League over the last two campaigns being knocked out by Romanian side Astra Giurgiu on both occasions.

Monday evening’s match will be the first home game of the season for West Ham United because the London Stadium was hosting the World Athletics Championships this summer.

England international Joe Hart has made over 300 appearances in the Premier League and has kept over 100 clean sheets. The 30 year-old has received the Golden Glove award on four occasions, most recently in the 2014/15 season.

Club Captain Mark Noble (below) has been one of West Ham’s standout players over a number of campaigns. During the 2015/16 season he scored seven goals and is the driving force in the middle of midfield. 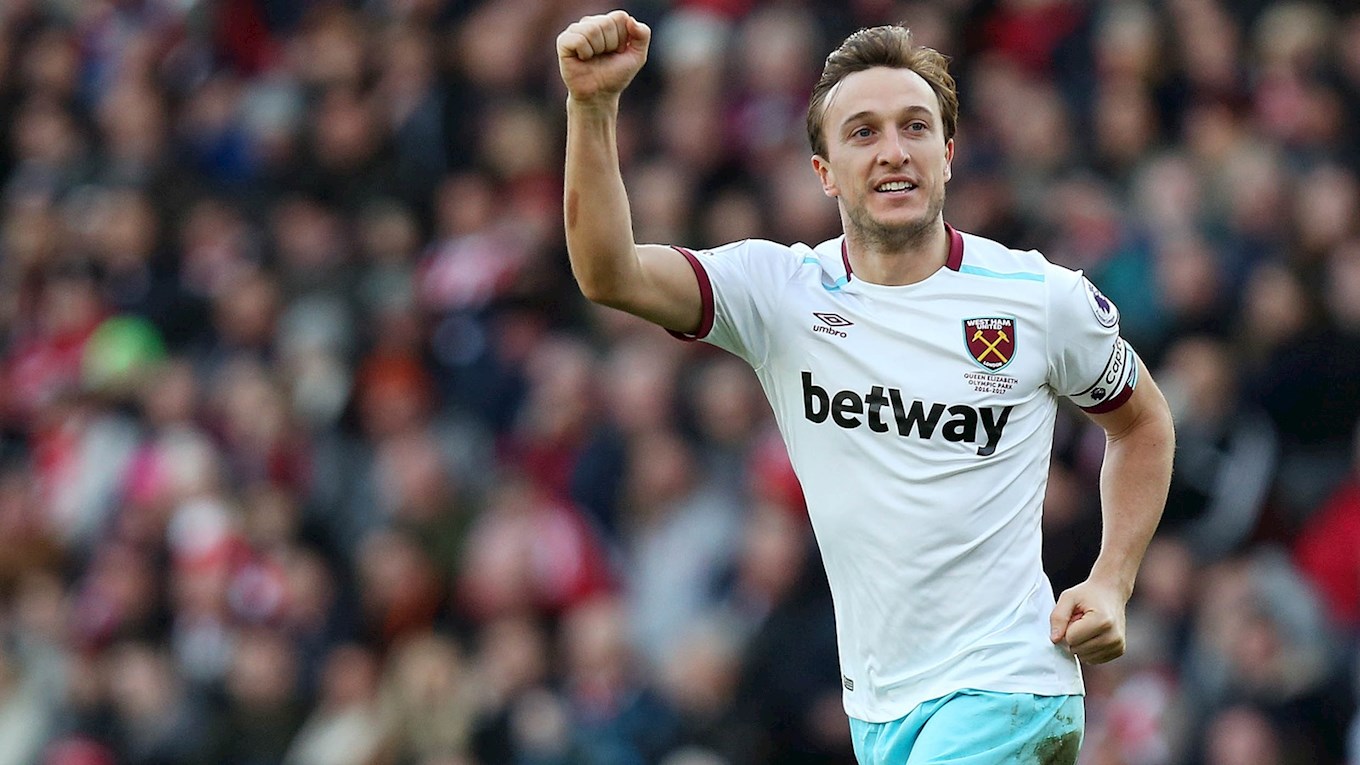 Two-time Premier League winner Javier Hernández is another player key to the Hammers. The Mexican international has scored 39 goals in 106 appearances; twice for West Ham this season.

West Ham United signed five new players in the summer including two named above Joe Hart and Javier Hernández (below). Despite only five coming in, 19 left the Club included winger Robert Snodgrass who joined Sky Bet Championship side Aston Villa on loan. 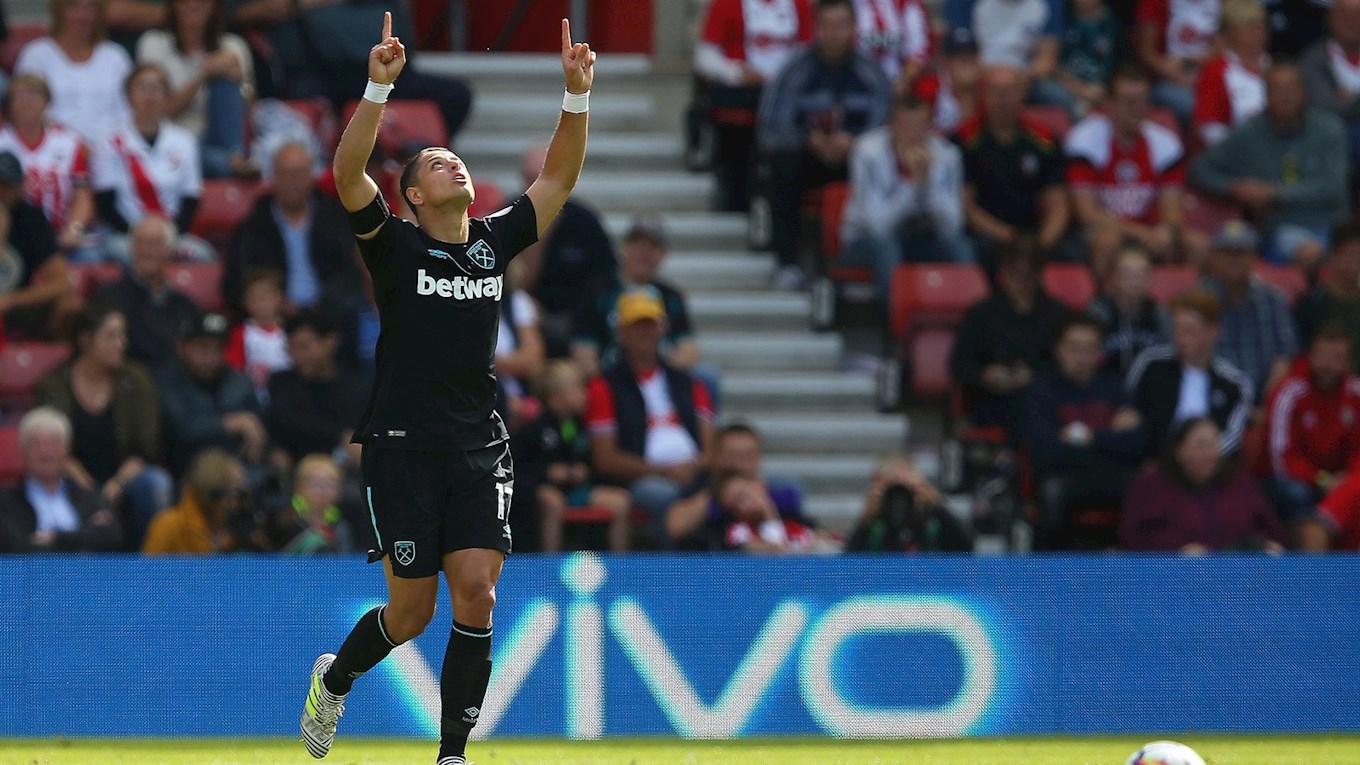 One of the biggest names to join the Club in the summer was right-back Pablo Zabaleta. The Argentinian international has a 75% tackle success rate in the English top flight.

Winger Marko Arnautović will be suspended for Monday night’s game after being sent off in the Club’s 3-2 defeat to Southampton. The 28 year-old joined as the Club’s record signing and has scored 17 goals over the last two seasons.

Marko Arnautović is unavailable for West Ham after receiving a three match ban following the Hammers’ defeat to Southampton.

Cheikhou Kouyate and Andy Carroll could return for the Hammers after their respective knee and hip injuries.

Huddersfield Town will be without the services of Jonathan Hogg who is out with an ankle injury.

Tickets are still available for Huddersfield Town supporters with a previous booking history.

For more information on ticket prices and how to buy them please click here!

Second half strikes from Pedro Obiang and Andre Ayew condemned Huddersfield Town to it's first defeat of the 2017/18 Premier League season despite a valiant effort in wet conditions at the London Stadium.

Town's first appearance on Monday Night Football saw David Wagner name an unchanged side which started the last Premier League outing against Southampton. Abdelhamid Sabiri and Florent Hadergjonaj were among the substitutes for the first time in a competitive fixture, but Kasey Palmer and Collin Quaner missed the trip to the Capital through respective injuries.

The home crowd were seeing their side in action for the first time of the campaign; a key player who returned to the squad for the fixture agaisnt the Terriers, Andy Carroll, very nearly gave them something to shout about in the initial passages of the match as his drilled pass across the face of goal was agonisingly missed by Cheikhou Kouyate who had slid in at the far post.

Tom Ince brought Town to life at the other end by seeing a shot blocked by Winston Reid following neat wing interchanges between Aaron Mooy and Rajiv van La Parra.

The rain would continue to fall in east London, with the Hammers' main threat occurring from the aerial presence of Carroll. After robbing Town of possession deep in opposition territory, Pablo Zabaleta delivered a deep cross which Carroll could only knock down to Chris Löwe who duly swept away the danger.

Michail Antonio displayed lively pace and skill to round Löwe down the right before cutting back for Chicharito. The Mexican's resulting effort thundered off the cross-bar after Mathias Zanka had allowed the ball to trickle into the former Leverkusen's path after mis-cuing an attempted clearance.

Nonetheless, Town withstood the early West Ham chances, and began to ease into the encounter by looking composed in possession. The home crowd's restlessness grew as David Wagner's men continued to shift the ball around in a manner similar to what Town fans have witnessed so far in the opening three matches of the Premier League season.

Instead of it being a blue and white shirt to create the game's next big chance, it would be Slaven Bilic's Hammers who had a golden moment to take the lead.

Cheikhou Kouyate found himself with acres of space inside the Town penalty area, but the midfielder could only volley harmlessly wide of Jonas Lössl's goal.

Both sides would head in at the interval goalless, but only after Tom Ince found his delayed attempt blocked by a recovering James Collins following a quick counter and a slick pass out wide from Rajiv van La Parra.

It would be West Ham who threatened first to open up the second period; Pablo Zabaleta's accurate cross aiming for the advancing duo of Kouyate and Carroll was cleared at a vital second by Mathias Zanka, before Philip Billing would reply with a chance for the travelling Terriers by firing a trademark rocket from outside of the area into the gloves of a grateful Joe Hart.

Christopher Schindler had gone about his business with a usual amount of class, and the German would keep Town in the contest by forcing Kouyate to scuff wide after receiving possession in a dangerous position with the six-yard area.

Chances ebbed and flowed for both outfits, with West Ham having the linesman's flag to thank to ensure Steve Mounié's clear route to goal came to a premature and relieving halt.

Meanwhile, Chris Löwe would be Town's hero in comparison to the offside flag as the left-back crucially and perfectly dispossessed Michail Antonio on the half-way line following a Town corner to deny what would've seen the home side have a substantial numerical advantage on an attacking break-away.

Chris Löwe made way for Scott Malone just beyond the hour mark; the substitute firstly showed glimpses of offensive agility by darting off the left wing to instigate a move which saw Aaron Mooy blast the ball over England International Hart's cross-bar, before turning his attention to the defensive end by ensuring a deep cross at the far post was dealt with efficiently to clear his lines.

The Hammers did find the net moments later, however, with a huge slice of luck to go with it.

Pedro Obiang's hopeful long-range effort took a wicked deflected off Mathias Zanka to loop over a helpless Jonas Lössl and give the home side a rather fortunate advantage.

That advantage galvanised West Ham, and the lead was doubled just three minutes after the opener. Michail Antonio's burst of pace and cross down the left was turned away for a corner, and from that Andre Ayew poked home the Hammers' second of the evening into an empty net from close range after Jose Fonte had saw his initial attempt blocked by the resilient Jonas Lössl.

Town responded with positivity; Steve Mounié firstly saw his guided attempt tipped round the post by a sprawling Hart, followed by Tom Ince rattling the crossbar with a peach of a curling effort to sum up a bleak evening in front of goal for the Terriers.