Huddersfield Town will travel to Crystal Palace on Tuesday 19 September 2017 in the Third Round of the Carabao Cup.

David Wagner’s side was drawn against the Eagles after beating Rotherham United 2-1 at the John Smith’s Stadium in the Second Round of the competition.

This is Town’s second match at Selhurst Park this campaign after the Terriers beat Crystal Palace 3-0 on the opening day of the 2017/18 Premier League season.

Despite Town facing Palace twice within the opening two months of the season, David Wagner will be up against a different person in the technical area after Roy Hodgson replaced Frank De Boer as the Club’s Manager.

De Boer was relieved of his duties on 11 September 2017, just four games into the Premier League season, as the Eagles sat 19th in the table – losing all four games without scoring a goal.

The Dutch Manager’s only win during his 77 day tenure came in the Carabao Cup as Palace beat Ipswich Town 2-1 at Selhurst Park. 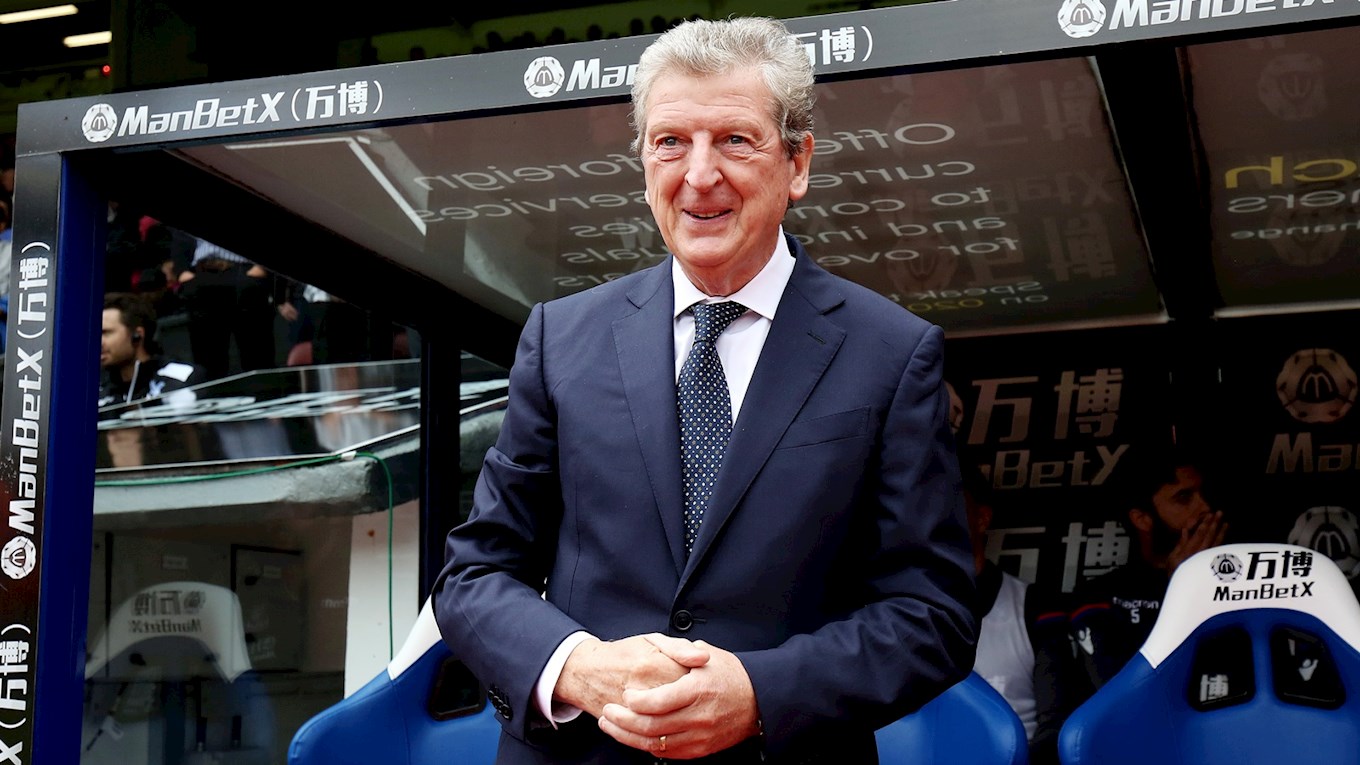 The 47 year-old was replaced by former England Manager Roy Hodgson (above) the following day, with the 70 year-old signing a two year deal.

Hodgson’s first match in charge saw Palace lose 1-0 at home to Crystal Palace; that meant the Club became the first in top-flight history to lose its opening five games of the season without scoring a goal.

Tuesday night’s match will be the first meeting between the two sides in the Carabao Cup (League Cup). The pair have met twice in the FA Cup before however, with both teams coming away with one victory.

Mamadou Sakho made a permanent switch to Crystal Palace on Transfer Deadline Day for a reported fee of £26 million. The centre back was key to the Eagles’ Premier League survival last season and could be influential again this year. 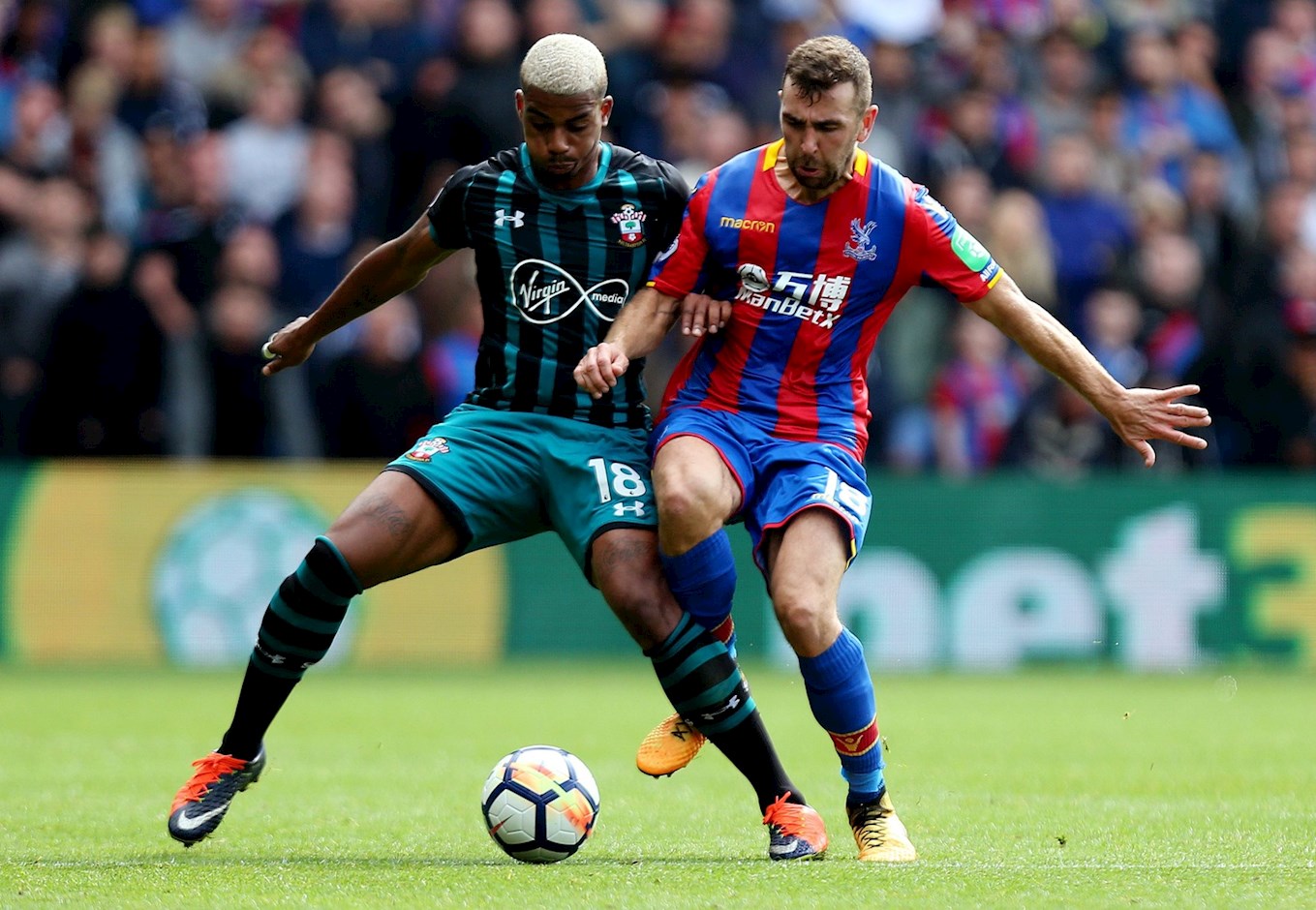 Central midfielder James McArthur (above) is the Club’s top scorer this season after he scored twice in the Carabao Cup Second Round against Ipswich Town. The tough tackling centre midfielder has been an important player for the Club over the last few seasons.

Mamadou Sakho (below) was the Eagles’ fourth and final player to join the Club over the summer. 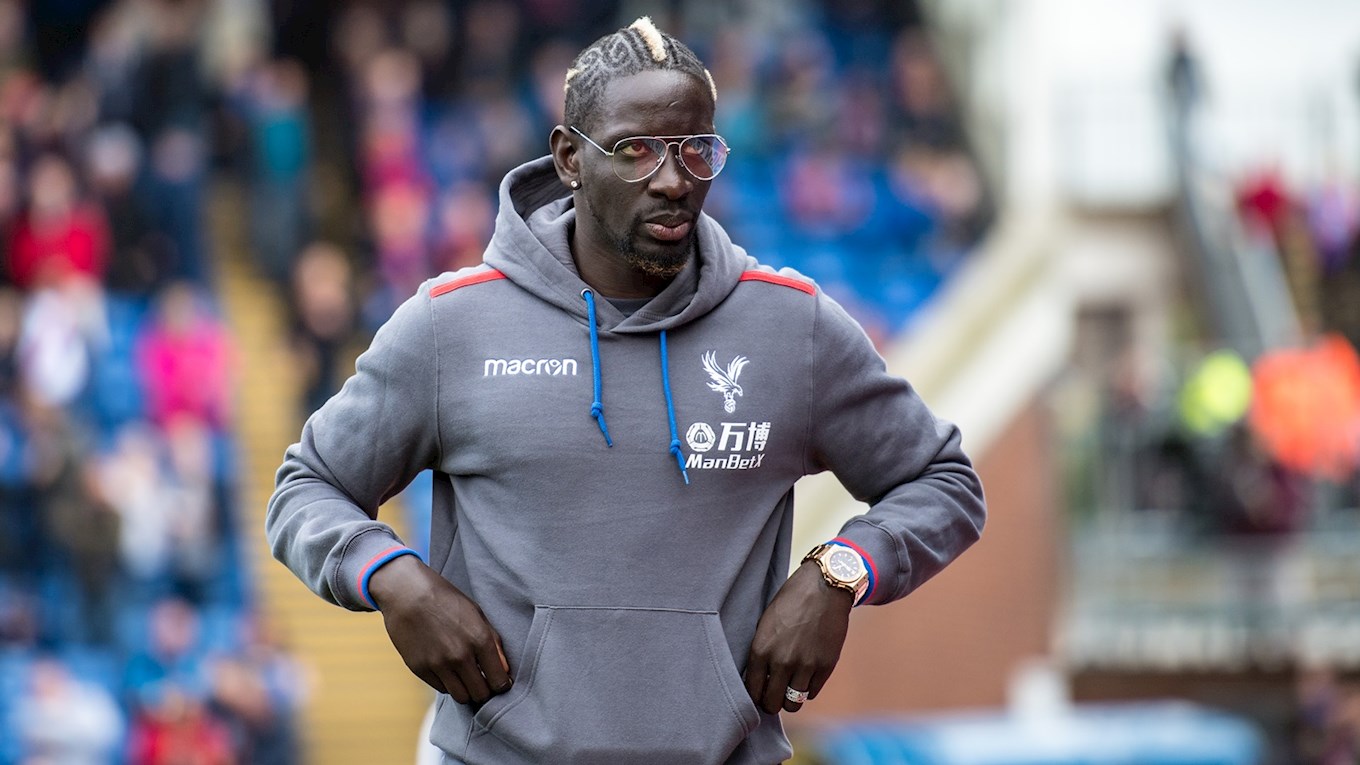 Fosu-Mensah has started in all five of the Club’s game this season, with Ruben Loftus-Cheek playing in three after recently retuning from injury.

Crystal Palace Manager Roy Hodgson told the media that he would like defenders Mamadou Sakho and Pape Souaré to start in the Carabao Cup match against Town.

Sakho started his first game at the weekend since suffering an injury in April, whilst Souaré has been absent from First Team action for 13 months after being involved in a car crash.

Winger Wilfried Zaha and striker Connor Wickham are both out with respective knee injuries.

Jonathan Hogg could make his return for Huddersfield Town after being named on the bench this weekend for the Club’s match against Leicester City, whilst Collin Quaner has recovered from his knock.

Away tickets for Town’s match against Crystal Palace are on general sale; click here to buy!

Do you want to know more about Crystal Palace? Take a look at our information guide for fans courtesy of #HTTV.

You can watch all the goals from Town's 3-0 win over Crystal Palace on the opening day of the season below!

Huddersfield Town will wear the blue and white home kit against Crystal Palace in the Carabao Cup match.

If the scores are level after 90 minutes then the match at Selhurst Park will go into extra-time and penalties.

A first goal in two years for Crystal Palace's Bakary Sako ensured that Town's adventures in the Carabao Cup came to a disappointing end in south London.

Tuesday evening's trip to the Capital coincided with David Wagner making 9 changes to the side that started in the 1-1 draw against Leicester on Saturday. Jonathan Hogg and Martin Cranie made welcome returns to the squad after respective lengthy injury lay-offs, whereas Swiss International Florent Hadergjonaj made his competitive debut for the Club in the right full-back role.

Chances were scarce within the opening half hour of the tie; Palace winger Andros Townsend's early effort barely threatened to beat Joel Coleman who held on with comfort, before Tom Ince tried a speculative effort at the other end which was courageously blocked by a red and blue shirt on the edge of the area.

Town would live a charmed life shortly after the initial half-chances; a weak back-pass resulted in Korean International Chung-Yong Lee race onto to the loose ball and eventually find a lurking Townsend on the right-hand side which Martin Cranie fortunately scrambled across to deal with effectively.

From the resulting corner, Bakary Sako rose highest to nod into the far corner past a stricken Coleman- the first goal Palace have scored during newly appointed boss Roy Hodgson's short tenure at Selhurst.

The Terriers responded positively nonetheless. A creative move down the right, instigated by Philip Billing's inventive cross-field ball to Florent Hadergjonaj, saw the latter show a skillful touch to beat his marker van Aalholt before delivering a low cross for Elias Kachunga. On this occasion, Kache- playing up-front for the Terriers- saw his flick sail agonisingly over the cross-bar.

Palace were content to sit deep and allow David Wagner's men the lion share of possession, with the frustrating aspect for Town developing in the fact that it would be in the defensive third of the field; and venturing into the attacking third would prove to be a difficult task in the first period.

Coleman had to be sharp to claim another dangerous high cross from a set piece before James Tomkins could make any connection, with Patrick van Aalholt the next Eagle to skip through two attempted challenges and fire harmlessly into the Town stopper's gloves.

Andros Townsend spearheaded Palace's offensive intentions with impressive energy and urgency down the right-flank, and would again cause Huddersfield defensive headaches with direct running as a burst from the wing concluded with Coleman having to be alert to keep out the lively former England man once more.

Tom Ince spurned a free-kick shooting opportunity from a decent range by blasting way over into the home supporters behind Julians Speroni's goal, before Rajiv van La Parra provided a spark of energy, which had been arguably lacking to a relatively large extent, by driving through the heart of the Palace midfield and forcing a quiet Speroni to handle well down low.

Speroni's opposite number Joel Coleman, however, had been much the busier 'keeper, and was called upon yet again after Jeffrey Schlupp saw an attempt kept out on the near post having been found by an innovative, skillful passage of play by goal-scorer Sako.

Townsend would round off the first 45's proceedings by sending a curling effort whistling inches past the post, leaving Town pondering what it could do to turn the tide on a fresh night in the Capital.

The introduction of Abdelhamid Sabiri in place of Joe Lolley proved to be the first roll of the dice after the interval.

The Moroccan would instantly aim to press Town on the front foot by testing Speroni out from range; the shot comfortably saved in the end by the Argentinian.

That pattern looked set to continue, as Philip Billing found himself with acres of space on the edge of the area, but the Danish under-21 midfielder fired way off target.

Sabiri's presence since the restart hadn't gone un-noticed; the former FC Nurnberg player competed well in the air against a highly physical Crystal Palace back-line, and took advantage of loose possession deep in opposition territory. With that, the playmaker advanced into the area and forced a sharp save from Speroni, which was followed by Scott Malone shooting marginally wide on a rebound from the resulting corner, which had been cleared.

Martin Cranie was again the hero after the flurry of Town chances by crucially blocking Andros Townsend's through ball destined for an on-rushing Bakary Sako.

The travelling supporters from Kirklees must've thought an opening had been created when Elias Kachunga sprinted away from two static Palace defenders, and a delicate splitting pass to Abdelhamid Sabiri looked on the cards until the home side's returning figure of Mamadou Sakho ensured that the route was vitally ended in a premature fashion. That block was just one of many impressive aspects of play in which Sakho would look composed; a key lynchpin in the success of Palace's work to nullify the majority of Town's attempts to level up the scores.

Town's performance had improved significantly in the second period, and, after the 69 and 70th minute introductions of Aaron Mooy and Dean Whitehead respectively, Scott Malone danced his way into the area until his tantalising cross was hacked away; all coming after Rajiv van La Parra's effort had been safely brought under control by Speroni.

The same player would produce another mazy run into the area moments later, but again the end product wasn't up to scratch which allowed the home side to clear it's lines. Malone would then be unable to control a cross whipped in from the opposite flank by Kachunga-who had dropped onto the relevant flank following Tom Ince's departure- which let Palace off the hook; the Town players were evidently out to not let this cup tie slip away without a fight.

The Eagles had found that the tide had turned in the latter half; it was them who found opportunities hard to come by. Andros Townsend went some way to changing that as his deflected strike narrowly missed wrong-footing Coleman, with the resulting corner being cleared off the line by Aaron Mooy after Bakary Sako headed down wards from James Tomkins' heap back into the six-yard box.

Scott Malone kept on receiving possession out wide; a curling cross aiming for the arriving Sabiri at the far post evaded every figure in and around the vicinity of the host's penalty spot.

Aaron Mooy's injury time free-kick fell to a duo of Michael Hefele and Abdelhamid Sabiri in the box, but neither could provide the killer touch to prevent the Terriers from exiting the Carabao Cup at the third-round stage.