Huddersfield Town will be embarking on one of the shortest away journeys of the 2017/18 Premier League campaign, as the Terriers make the 26mile trip to Lancashire to face Burnley in their sixth game of the season.

David Wagner’s side will be looking for a positive result having drawn 1-1 with Leicester City last weekend and crashed out of the Carabao Cup at Crystal Palace in the week; losing 1-0 to a goal from Bakary Sako.

The Clarets defeated reigning champions Chelsea, 3-2 in their opening game of the Premier League campaign. Two Sam Vokes goals’ either side of a thunderbolt from Stephen Ward were enough to secure the victory at Stamford Bridge.

Burnley then suffered their first defeat in the second game of the season, as a goal from Wales international – Hal Robson-Kanu – was enough to see West Brom run out victorious by the single goal at Turf Moor.

Sean Dyches’ side currently sit in 7th position – one place behind Huddersfield – having accumulated eight points from their opening five games. In their last Premier League game, Burnley drew 1-1 with Liverpool at Anfield; extending their consecutive unbeaten away record to three games this season. 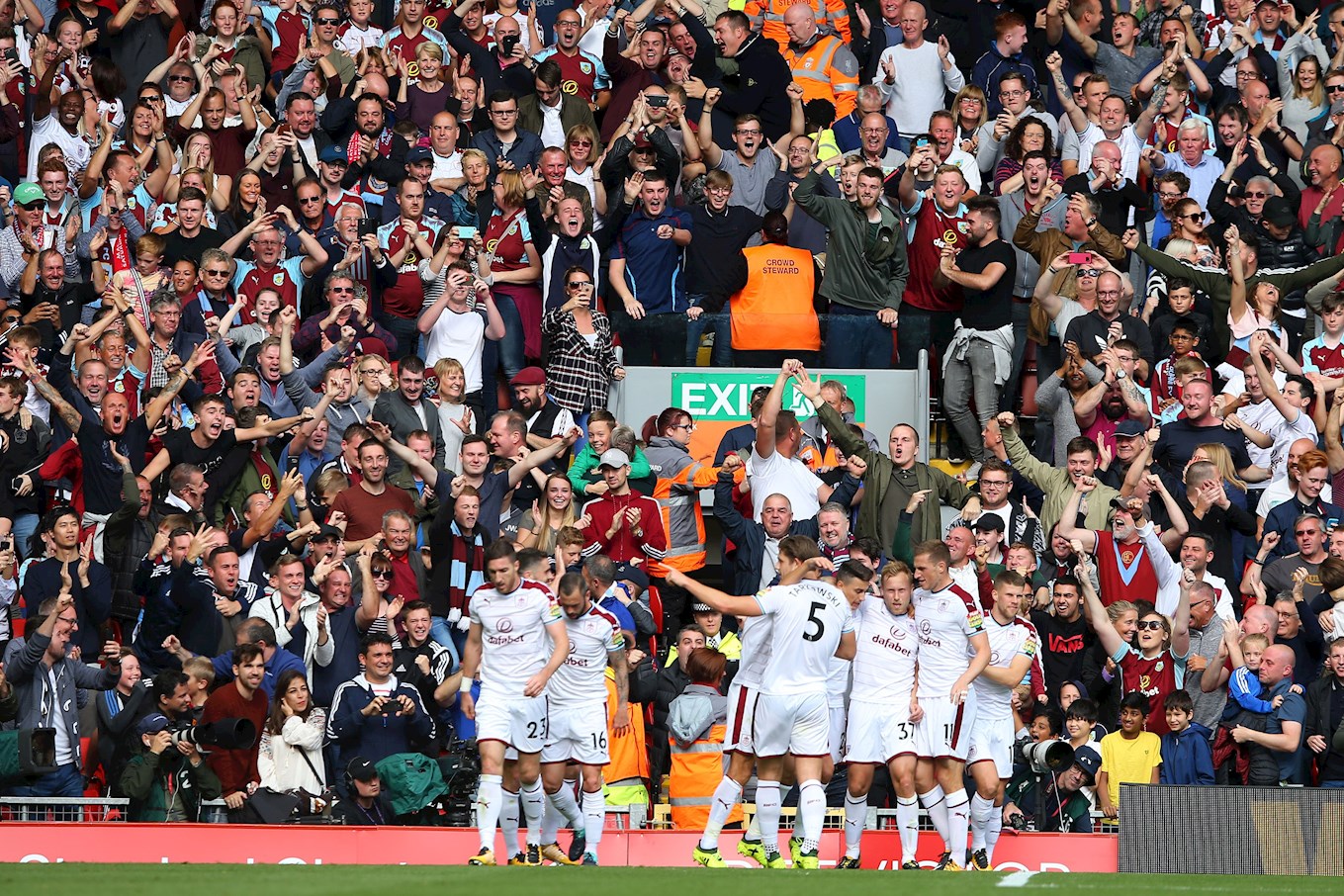 This season will be the second consecutive year of Premier League football for the Clarets, having initially secured promotion from the Championship in the 2015/16 season, finishing top of the league on 93 points - four ahead of second placed Middlesbrough.

Last season, Sean Dyche guided his team to survival in their first season back in the top-flight, finishing 16th and accumulating fourty points from their 38 games.

Dyche is only surpassed by Arsene Wenger and Eddie Howe as the current longest-serving Premier League manager, as his reign as Burnley manager will enter its fifth year at end of October. Within that time, Dyche has led the Club to two Premier League promotions with his first coming in the 2013/14 season.

Club-record signing Chris Wood has already netted twice for his new side this season, having joined the Clarets as top goal scorer in the Championship last season with 27 goals. The Kiwi international joined Burnley from Yorkshire rivals - Leeds United - for a fee reported to be around £15million. 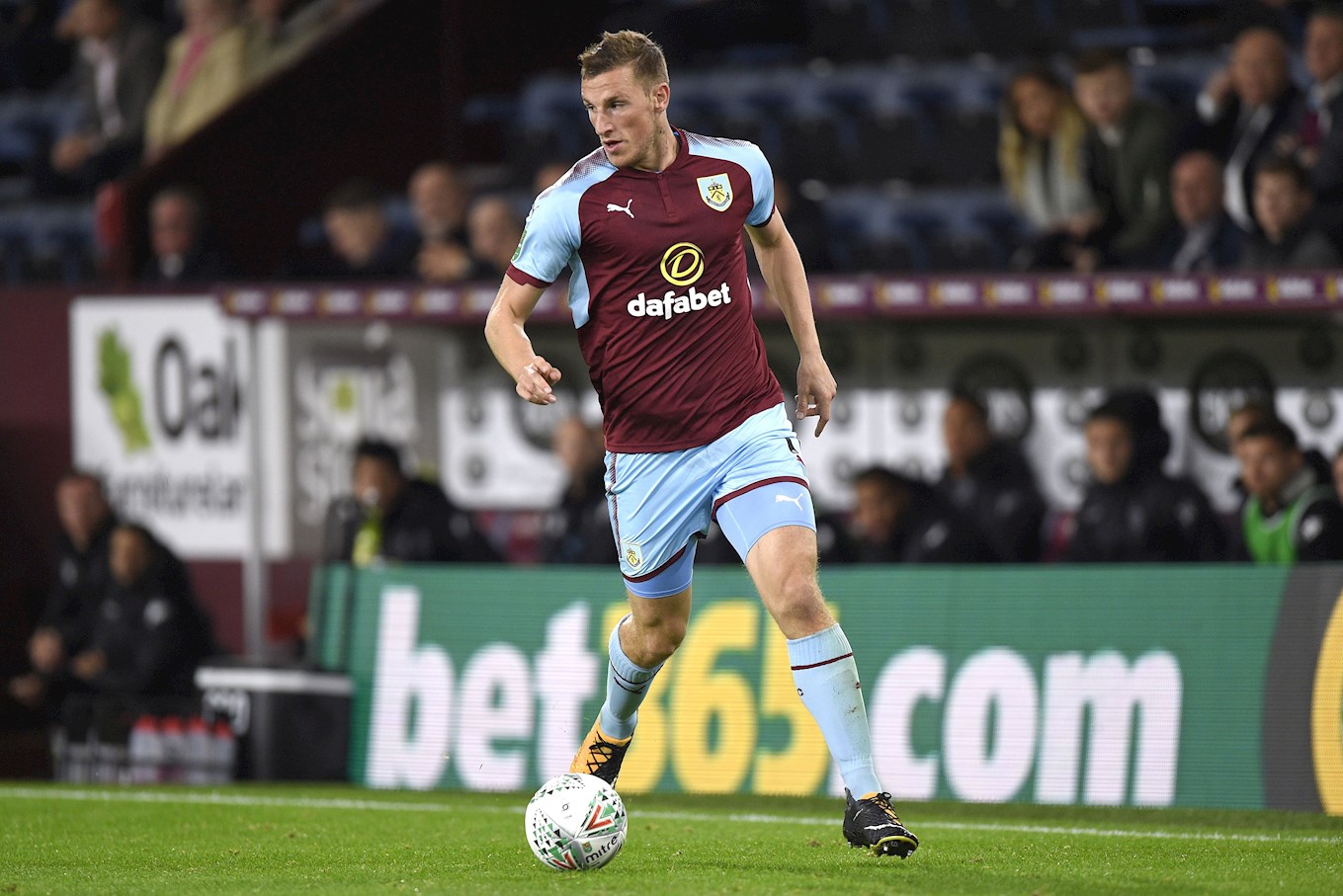 Robbie Brady joined the Clarets in January 2016, assisting two goals and scoring once in the 14 appearances he made during the remainder of that season. The midfielder converted an injury-time equaliser from a free kick during his sides’ eventual penalty-shootout defeat to Leeds United in the week.

Following his transfer to Burnley in 2016, Steven Defour has made 26 appearances for the Club having initially signed from Belgian side, Anderlecht. The 29-year-old has made five Premier League appearances this season, playing an integral role in the five-man midfield that Burnley operate with.

Burnley completed deals for seven new players during the summer transfer window, of which included the signing of Chris Wood from Leeds United for a club record fee.

Jonathan Hogg and Martin Cranie both made their first starts of the season in Town’s Carabao Cup defeat to Crystal Palace in the week and could be involved on Saturday. Rob Green could also be called upon having been cup tied for Tuesday’s game.

David Wagner revealed that Danny Williams received a knock on his foot in the game against Leicester City; which will be further investigated ahead of Saturday’s game. Town will also have to wait on the availability of Steve Mounié who missed both the Leicester City and Crystal Palace games with an injury to his heel.

Kasey Palmer (Hamstring) and Jon Gorenc Stanković (ACL) will both be unavailable on Saturday due to their respective injuries.

The Clarets will be monitoring a potential injury to Ashley Westwood sustained in his sides Third Round cup exit to Leeds United on Tuesday evening. The midfielder was taken off in extra time – becoming the Club’s first ever fourth substitute following the introduction of the new rule for Cup games this season – with Sean Dyche stating that the sub was made as a precautionary measure to ensure no further damage was sustained.

Tom Heaton is also likely to miss the game having undergone surgery on the shoulder injury he picked up in Burnley’s 1-0 victory over Crystal Palace a fortnight ago.

Huddersfield Town will wear the blue and white striped home kit for this Saturday’s trip to Turf Moor.

Tickets for this game are sold out, but supporters are still able to purchase travel with tickets currently available to priority one and two supporters from HERE!

David Wagner's Terriers earned yet another well-deserved Premier League point after holding Burnley to a goalless draw at Turf Moor.

The short trip across the Pennines saw Jonathan Hogg return to the starting eleven in place of Danny Williams (foot). 'Hoggy' is no stranger to the Premier League; the midfielder was making an appearance in this competition for the first time since Boxing Day of 2010, where he took to the field in the colours of Aston Villa. Another squad milestone saw Christopher Schindler reach a personal milestone of 50 league appearances for Huddersfield Town at the heart of the defence. Steve Mounie accompanied Danny Williams (foot) on the sidelines with a heel injury, which in turn allowed Laurent Depoitre to retain his place in the side following the previous 1-1 draw against Leicester. The Belgian overcame fitness doubts to be able to play a part in the first meeting between the two Clubs since the March 2016 Sky Bet Championship fixture.

A largely uneventful first period began with the returning Hogg seeking out Tommy Smith out wide-right with a searching long pass, but the pass would roll gratefully into the arms of Burnley 'keeper Nick Pope.

Christopher Schindler resumed where he'd left off on the majority of Premier League occasions so far this term by coming up with a trio of vital blocks to repel the home side from posing any dangerous offensive threat.

The first block of the sequence arrived on the right-hand side of the Town penalty area to deny former Terrier Scott Arfield from centering for a waiting figure of Chris Wood, before Steven Defour's attempted one-two with Wood came to a premature halt following Schindler's superb awareness to step in-front and clear the danger. That clearance up partially provided Town's defensive line-up with a breather, as once more Arfield had possession 20-yards out in space, but Schindler ensured that the Scot advanced no further, escaping any possibility of a through ball breaching the ranks.

Laurent Depoitre sensed an opening shortly after following Mathias Zanka's inventive loft over the top, but despite the Belgian's best attempts to muscle his way through and work a shooting opportunity, a combination of Ben Mee and James Tarkowski covered well to make sure that 'Lolo' would fail in his quest this time around.

Arguably the best chance of the half fell to New Zealand International striker Chris Wood; the Kiwi couldn't make the right connection on a header from Stephen Ward's left-flank delivery, resulting in a goal-kick for the Terriers; characteristically great work from Christopher Schindler to use his presence and challenge Wood ultimately had a hand in keeping Town level.

The Clarets would have the linesman's flag to thank 30 minutes in, as Abdelhamid Sabiri's creative flick through a gap towards Tom Ince ended with the latter adjudged to have been offside as he beared down on goal un-challenged.

A brief spell of pressure from the host began to partially materialise; firstly, Ince would play a key role in a defensive aspect of play a couple of minutes before the interval, as the winger would cleverly position himself and use a sharp turn of pace to track the overlapping Matt Lowton before making a perfectly time standing tackle just as Burnley's right-back was about to initiate a cross.

Town just couldn't efficiently clear it's lines; Stephen Ward would have more success in comparison to his full-back partner however, as the Irishman worked a decent amount of space in the box beyond Tommy Smith and delivered a low cross aiming for Wood, but once again that man Schindler timed his sliding clearance efficiently to send both outfits in at the break with the deadlock yet to be broken.

The Terriers' second half offensive ventures commenced in a very creative fashion; Aaron Mooy's quick-thinking corner to the edge of the box for Tommy Smith- in acres of space- saw the Skipper take a touch and unleash a powerful effort, which disappointingly sailed into the visiting Huddersfield Town supporters behind the goal.

Jonathan Hogg winning back possession on the half-way line instigated Town's best chance of the game just minutes from the restart. Hoggy's dispossession led to Tom Ince receiving the ball in the opposition half before driving with positive intent towards the retreating Clarets back-line. Ince would draw in several defenders before releasing to Laurent Depoitre, who had rolled off the side of the defensive unit to create space, and Town's striker would see his side-footed effort comfortably palmed away by Nick Pope, who had been relatively quiet until this chance.

Inventive wing-play from Elias Kachunga saw the Congolese International dance inside before an agile interchange of passes with Abdelhamid Sabiri, before the latter curled way over after latching onto possession of a loose ball following a Claret shirt's attempted interception to break up the attack.

Stephen Ward got the Burnley chances off to a start in the second period; he would again link up with Chris Wood having managed to cross after getting the better of Elias Kachunga, with Kiwi Wood once more being unable to provide a killer connection which Jonas Lössl collected well down at his near post.

Lössl showed excellent composure to collect Robbie Brady's left-footed shot after another one of the home side's Irish internationals cut in from the right sharply onto his preferred side.

In response to the flurry of Clarets chances, Tom Ince drilled agonisingly wide of the target after being picked out in an alarming amount of space from the ever industrious Aaron Mooy.

A calmness in build-up play from the back saw Elias Kachunga race onto Laurent Depoitre's cultured flick before laying into substitute Rajiv van La Parra, but the Dutchman went down under a challenge from Matt Lowton which referee Christopher Kavanagh adjudged there to have been no contact.

Van La Parra would continue to make an instant impact; Aaron Mooy's impeccable cross-field pass found the replacement winger on the left, resulting in a goal-bound bending effort taking an unlucky deflection away for a Town corner; of which nothing of any important note could be mustered.

At the other end, summer signing Wood used his large frame to turn well and fire into the arms of Lössl following a passage of slick passing from Sean Dyche's men.

The contest would peter out into a tense stalemate, with Town rueing what could've been a golden chance at the very end hadn't Tommy Smith been ruled offside from Rajiv van La Parra's lay-off to the right-hand side deep inside the host's territory.