For the first time since March 2008, when the sides fought in England’s third tier, Huddersfield Town travel to Swansea City in the eighth game of the 2017/18 Premier League season.

David Wagner’s side will travel to the Liberty Stadium on Saturday 14 October, for the Club’s first match back following the international break.

Swansea City go into this weekend’s match off the back of two Premier League defeats to Watford and West Ham United, much to the frustration of well renowned former Bayern Munich assistant, now Swans manager Paul Clement. 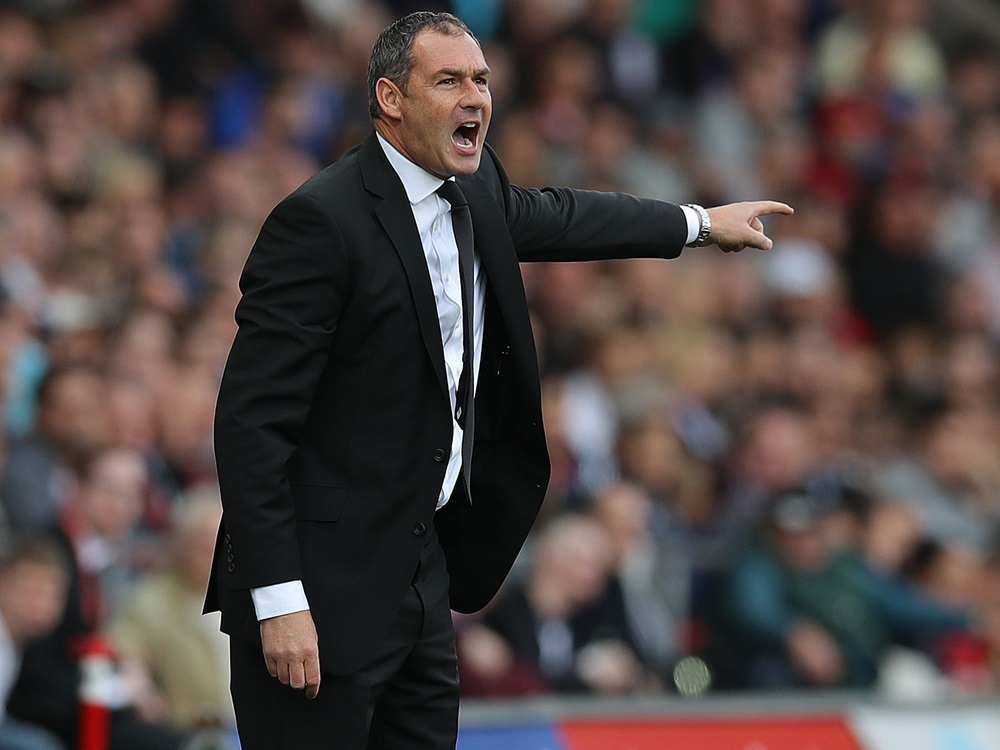 The Club was promoted to the top-flight of English football in 2011 under the guidance of now Celtic Manager Brendan Rogers. Up until last season the Swans hadn’t finished lower than 12th in the Premier League, despite going through eight managers during that period.

Current boss Paul Clement has been in charge since January, taking over from Bob Bradley, and did remarkably well to raise Swansea City from bottom of the league at Christmas to win 26 points from 18 games and clinch survival in May.

The Swans currently sit 18th in the Premier League table with five points from seven games but are only in the relegation zone on goal difference. The Club’s only win in the league so far this season came away at Crystal Palace. 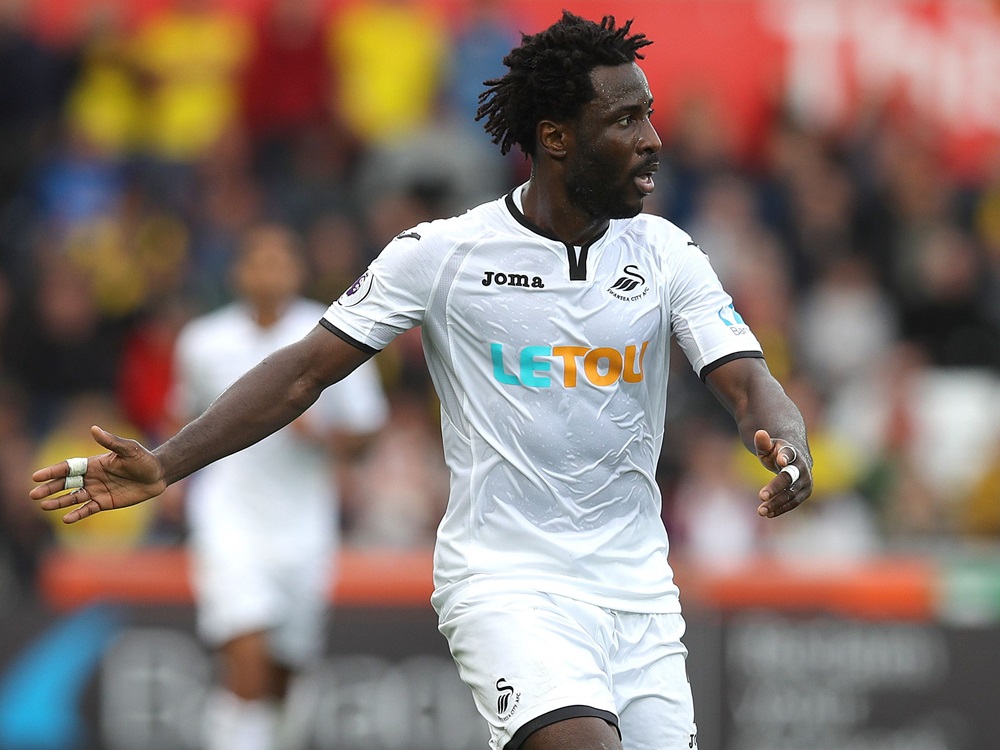 He is yet to score on his return for the Swans in four league appearances but will look return to the fine goal scoring form that saw him bag one goal every two games.

The loan signing of 20 year-old Portuguese wonder kid Renato Sanches was one of the main talking points on transfer deadline day.

The 2016 Golden Boy Award winner is an energetic centre midfielder and has appeared five times since joining the Club.

As afore-mentioned, Renato Sanches’ on-loan and Wilfried Bony were the two marquee signings of the most recent transfer window, but they weren’t the only ones to make the move to South Wales this summer. 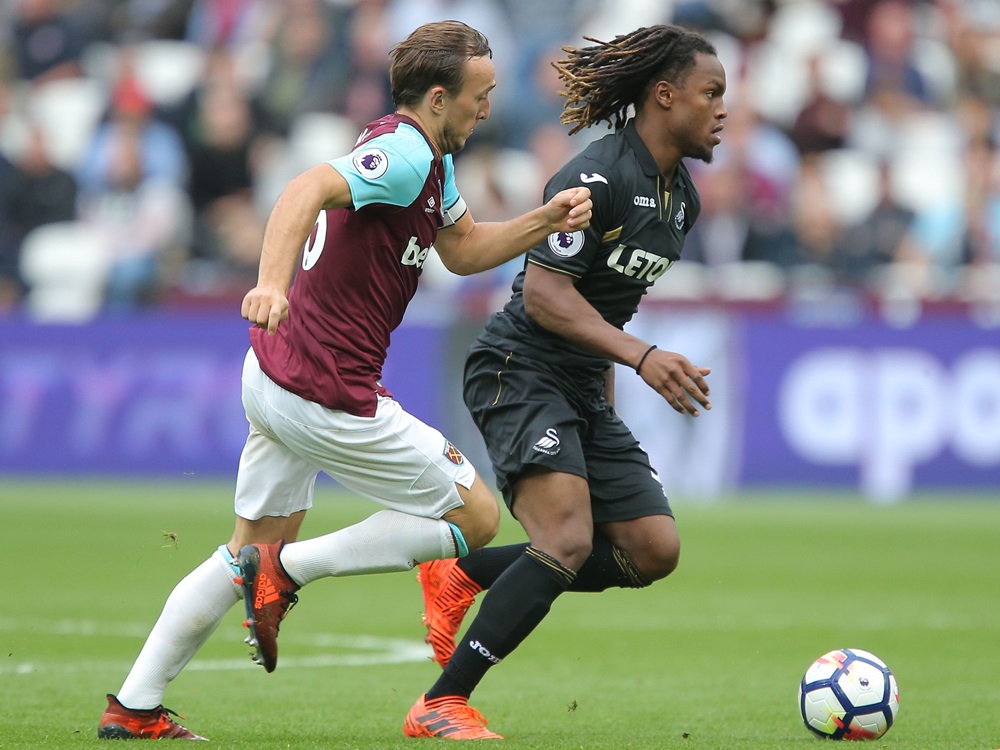 Following the departures of Sigurdsson, Llorente and Cork in the summer; the Swans rebuilt their squad starting with the £16.5 million purchase of Sam Clucas, who received many plaudits for his shining light performances in Hull’s relegation campaign last term.

As well as bringing in Roque Mesa for £11 million, Clement also signed Tammy Abraham on loan from Chelsea. The striker scored 23 goals in 41 appearances for Bristol City in the Sky Bet Championship last season. So far this year he has two strikes to his name.

Huddersfield Town Head Coach David Wagner will be without a number of his First Team squad this weekend due to injury.

Steve Mounié and Kasey Palmer are unavailable with their respective heel and hamstring issues, whilst Danny Williams is out with a foot injury.

Nathan Dyer (below) is back in contention for Swansea City after returning from an Achilles injury as is Ki Sung-Yueng who played in a Development Squad win against Celtic during the international break. 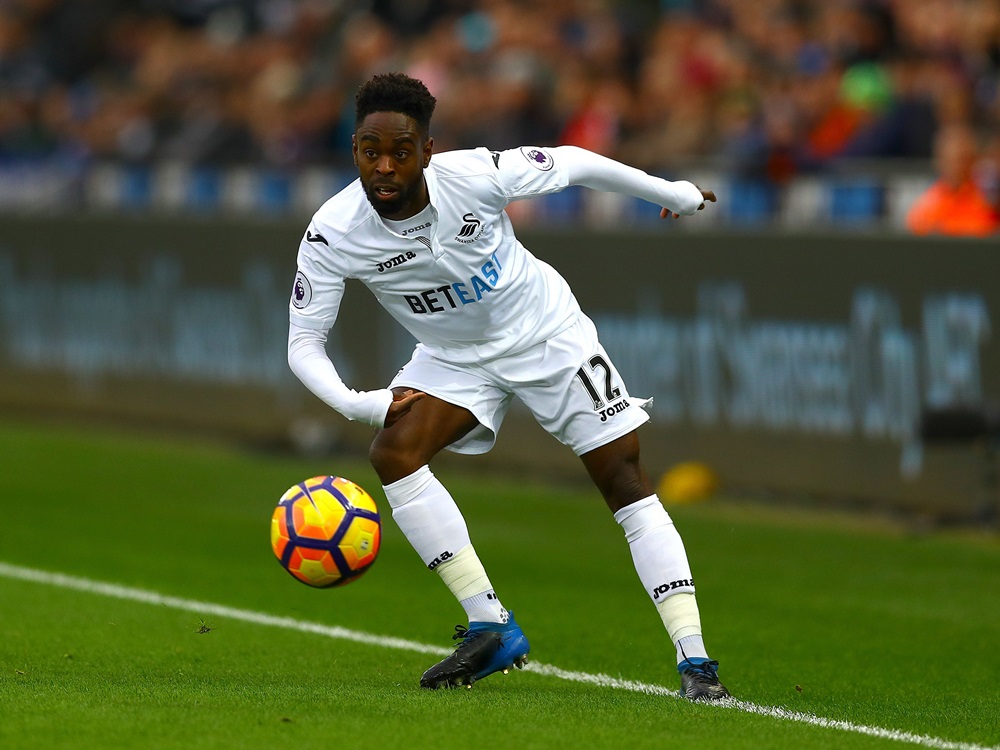 Wilfried Bony has been deemed fit to play after he came off early against West Ham United in the Club’s last Premier League fixture, whilst Kyle Bartley remains on the side-lines.

The red and black 'flash' kit will make its (second) competitive debut at Swansea City this weekend!

There are only 115 tickets available for Town’s away match against Swansea City.

You can find out all about Swansea City below via #HTTV!

David Wagner made two changes from the side that succombed to the defeat against Tottenham last time around. Philip Billing and Scott Malone came into the side ahead of Aaron Mooy and Chris Löwe. Notable Town milestones included a first Premier League start for Scott Malone, whereas Elias Kachunga made his 50th league appearance for the Club at the Liberty Stadium. Aaron Mooy took a place on the substitutes bench after recently returning from an International berth with Australia, where he would aid his nation to a continental play-off against Honduras in November. Steve Mounie did not travel with the squad, but positively Danny Williams returned from an injury set-back with a spot among the replacements.

Proceedings got off to a rather painful start, as Jonas Lössl was clattered by Leroy Fer on the goal-line after collecting a loose touch from the Swans' Dutch midfielder as Fer collected an early caution for his challenge. Up the other end, Tom Ince found his initial shot blocked by a recovering White shirt after Elias Kachunga showed a neat touch to create space on the edge of the area.

Winger Luciano Narsingh displayed his electric speed down the right to excel past Scott Malone following Kyle Naughton's inventive chip from the full-back position, but the former PSV man - once team-mates with Mathias Zanka in Eindhoven - couldn't reach the pass to deliver a cross before the ball rolled out for a goal-kick.

Arguably the Terriers' first real chance of the half arrived 23 minutes in; Elias Kachunga produced some exceptional trickery to round his marker, but the DR Congo International fired tamely into the arms of a welcoming Lukasz Fabianski.

However, the best chance of the entire match occurred just minutes later. Patient wing-play from Rajiv van La Parra culminated in Town's winger serving up a fruitful cross for Tom Ince. The latter timed his surge into the box to perfection, but he blasted his effort over the bar from close range.

The same player would then have a penalty claim turned down having been played through by Jonas Lössl's tantalising defence-splitting 70-yard pass, but Martin Olsson's last-man challenge was adjudged to have been conducted fairly by referee Paul Tierney.

Jonathan Hogg's blushes were spared by Christopher Schindler as the German defender covered vital ground in the race to ensure Narsingh's route to goal ended prematurely following on from Abraham attempting to play a ball out wide after Hogg had produced a loose pass in the central areas.

Town would fall behind shortly after that block from Schindler. Jonas Lössl unusually saw his attempted distribution land straight at the feet of Tom Carroll who in turn had a clear passage to bear down on goal unchallenged before squaring for Abraham to despatch home, giving the home side a slender advantage as the interval approached.

The Head Coach turned to Aaron Mooy at the start of the second period in a bid to turn fortunes around on a mild October afternoon in Glamorgan.

However, that bid took a major set-back just moments into the half; the ball would inadvertently break to Jordan Ayew in space within the 18-yard box, and after a creative dink over a sprawling, on-rushing Jonas Lössl, Tammy Abraham reacted quickest to notch his second of the afternoon to double the Swans' lead in the process.

Rajiv van La Parra responded by unleashing a shot which lack any sort of effective power which did little in the way of troubling a relatively quiet Fabianski between the sticks for Paul Clement's side.
In truth, Swansea's front-line looked increasingly lively, with Town having minimal time on the ball in the deep areas thanks to pressure from the energetic duo of Ayew and Narsingh.

That man Narsingh again worked pivotal space down the right-hand side before stumping up a low cross aiming for hat-trick hunter Abraham. Swansea'a striker would find himself denied by a resilient clearance from Mathias Zanka, meanwhile.

The Terriers continued to work for openings nonetheless in the face of adversity. Tom Ince wriggled away from the challenge of Ayew and laid off a pass in-front of the path of Tommy Smith; the Skipper delivered a fruitful cross across the face, but no Red and Black shirt could latch onto the end and reduce the arrears.

Home substitute Ki Sung-Yueng came agonisingly close to killing off the game in it's entirety by drilling a powerful effort inches wide of Jonas Lössl's back-post, whereas the returning Nathan Dyer almost assisted Abraham for his third just moments having done well to beat his marker on the wing.

Town's afternoon was arguably summed up by Rajiv van La Parra's shot skimming the cross-bar after taking a wicked deflection off the fortunate Federico Fernandez.