Huddersfield Town return to action after the March international break as the Terriers travel up to St. James’ Park to take on Newcastle United in what will be Town’s 31st Premier League game of the season.

The Magpies currently occupy 13th in the Premier League table and Rafa Benítez’s side is on a fine run of form having lost just one of its last six games.

Last time out in the league, Newcastle ran out 3-0 winners at home to Southampton, thanks to a Kenedy double and a goal from Matt Ritchie. Meanwhile David Wagner’s side fell to a 2-0 defeat at home to Crystal Palace, with James Tomkins and Luka Milivojević slotting past Jonas Lössl.

The Terriers came out 1-0 winners over Newcastle United when the two sides met at the John Smith’s Stadium back in August, with Aaron Mooy grabbing the winning goal for Town.

The Brazilian currently tops the FPL form table for Newcastle United having started the last six Premier League games for the Magpies and hitting a double last time out against Southampton. 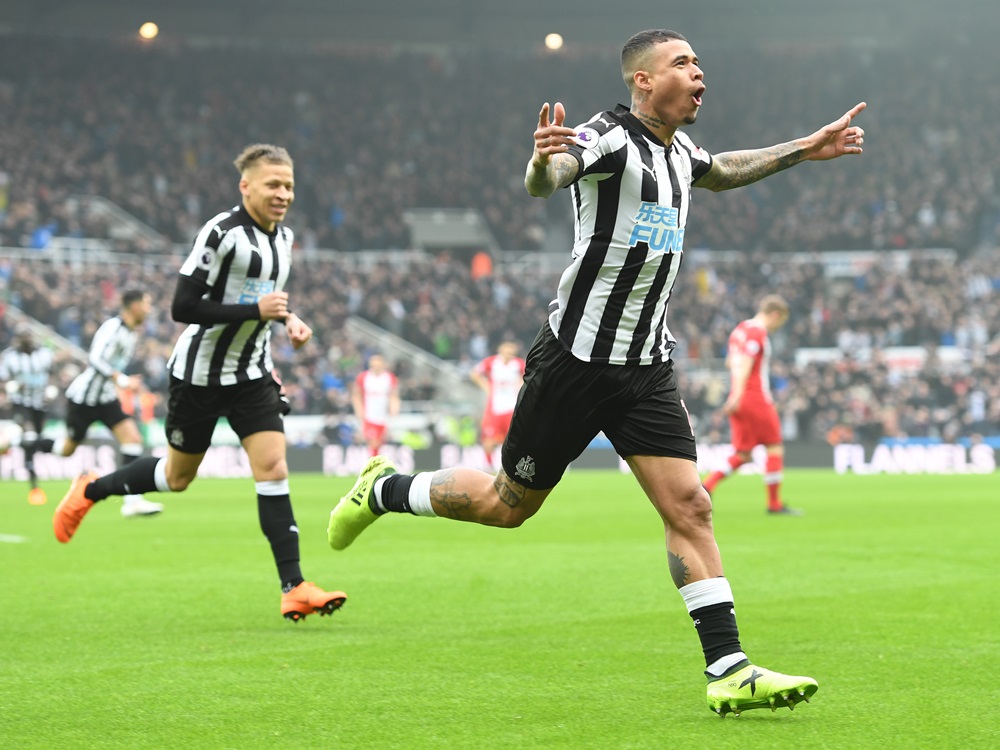 The forward has appeared in all but three of Newcastle’s Premier League games this season, hitting the back of the net on five occasions. Gayle also has three assists to his name. 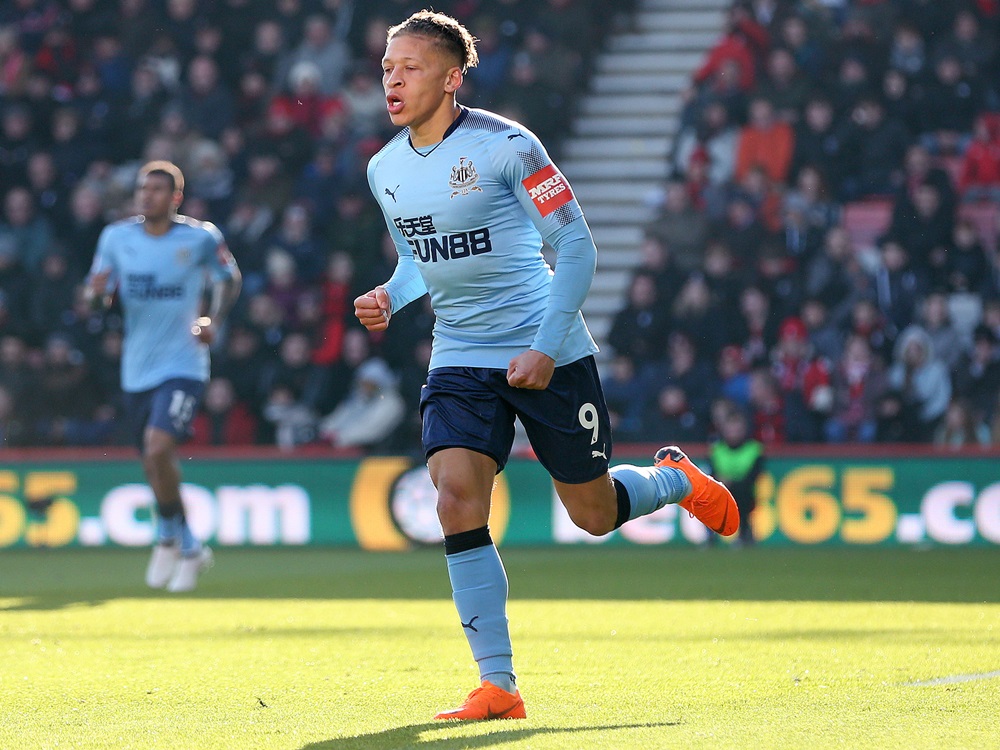 With 20 Premier League appearances for the Magpies so far this season, Shelvey boasts a 61% tackle success rate in the league this campaign and is only 15 successful passes shy of making the 900 mark. 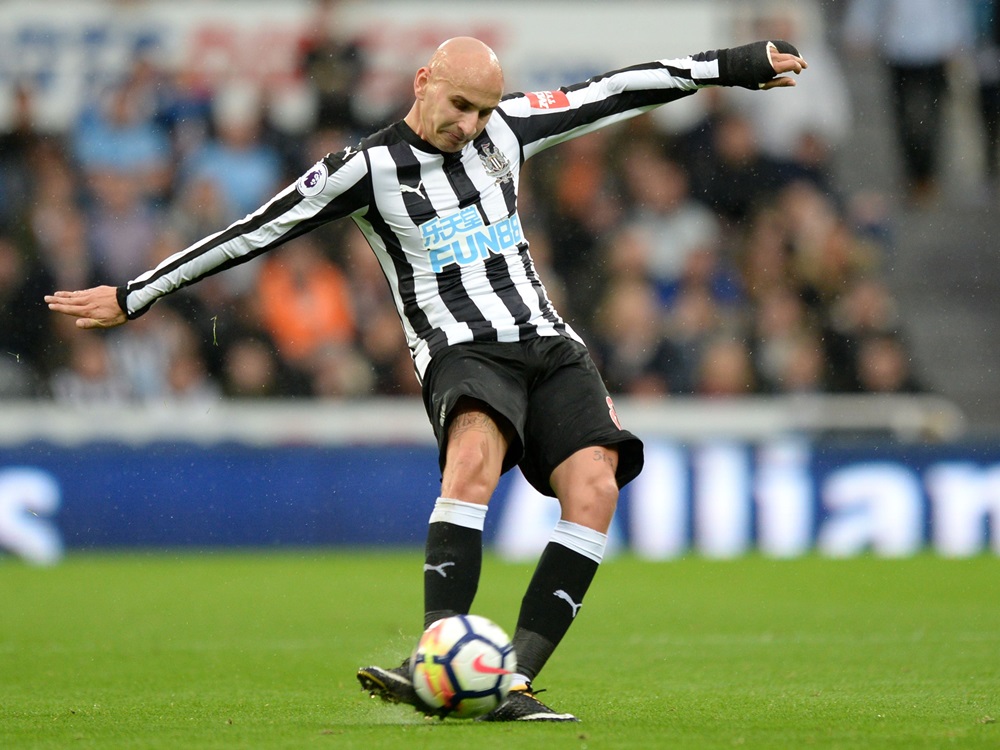 Following the international break, the only new injury concern for the Magpies is Matt Ritchie. The midfielder withdrew from the Scotland squad after suffering a knock in the 1-0 defeat to Costa Rica.

David Wagner will address the press on Thursday ahead of the Newcastle United match to give updates on the latest team news ahead of the clash at St. James’ Park.

Town will be wearing its alternative red and black flash kit at St. James’ Park this weekend.

To find out the best way of getting to St. James’ Park CLICK HERE to view Newcastle United’s Visiting Supporters Guide.

Town made the trip to a sodden Tyneside in search of repeating the feat of a 2-1 success on this ground in August last year where Jack Payne and Nakhi Wells found the net on a starkly contrasted late summer’s day.

2018’s visit culminated in David Wagner making five changes to his starting eleven in response to the previous 2-0 defeat against Crystal Palace.

Club Captain Tommy Smith returned ahead of Florent Hadergjonaj, Rajiv van La Parra took the place of Tom Ince on the left and Laurent Deloitte was elected to lead the line instead of Steve Mounie. The final two changes saw both Terence Kongolo and Elias Kachunga make welcome returns to the team in the respective places of Scott Malone and Collin Quaner- Kachunga making a first starting appearance of the calendar year having last turned out (and scored) in the pre-Christmas victory at Watford.

Jonathan Hogg taking to the field from the off capped his 250th career appearance, with Rajiv van La Parra also reaching a personal milestone by making his 150th appearance in all English competitions.

The rain refused to subside as proceedings got under way, with both sets of supporters still in fine voice nonetheless.

Kongolo looked to release compatriot van La Parra down his native left early on in a bid to catch the hosts off guard, and after Rajiv managed to draw a foul from American DeAndre Yedlin, nothing came of the resulting free-kick despite a hectic goal-mouth scramble.

Benitez’s Magpies had been on a good run of form at St James’, winning the last two fixtures without conceding a goal. The Black and Whites probed in the initial stages, but a strong defiance from Christopher Schindler repelled any potential threats before one was allowed to materialise.

Newcastle were buoyed from that run of form on home soil, and Yedlin had time to pick out a cross with no Black and Red shirt in the vicinity despite the ball holding up on a heavy St James’ pitch.

Yedlin’s cross was efficiently cleared by the head of Aaron Mooy, and that was followed by Jonas Lössl confidently smothering a through ball to deny the passage of Dwight Gayle as the striker looked to get the better of Zanka to finish.

A theme of Magpies pressure continued as the 15 minute mark neared. Jonjo Shelvey’s powerful strike distance rolled agonisingly wide of Lössl’s right post, before a Matt Ritchie low, clever cross wasn’t latched upon by the arriving cavalry of Newcastle forwards in and around the six-yard box.

In truth, Town were having to soak up a determined period of play from the home side, who had the full backing of the locals. Jonas Lössl had to be sharp to dart off his line and thwart Ritchie on the slide after the Scottish winger had reacted quickest to a ricochet.

The Terriers grew into the contest, proving to be an issue on the counter. Neat play between Depoitre and Pritchard saw the latter initially blocked which allowed the ball to rebound to Tommy Smith. The Captain launched a left-footed strike at the net of Dubravka, but a deflection saw it out for a corner of which nothing would arise albeit despite the best efforts of Kachunga to flick home.

Arguably the best chance of the game up to the mid-way point in the first period was fluffed by Gayle.

A quickly-taken free-kick found the striker bounding forward beyond a static Terriers defensive line. One-on-one with Lössl, Gayle’s chip over the on-rushing Dane landed just the wrong side of the post once more to let Town off the hook following a small period of pressure of their own.

Gayle missed the chance to put his side ahead just minutes later, acrobatically firing over the bar after DeAndre Yedlin’s cross skidded along the wet turf making it difficult to be cleared on a first attempt.

The interval beckoned, and Town were still displaying the resolute characteristics which had been on show throughout much of the opening 45 in wake of the considerable Newcastle pressure. Even so, the scores were level, and the second period had been firmly poised where either could nick the points.

As the bitter Tyne temperature plummeted, Newcastle were the side to edge forward first up. Luckily for the visiting Terriers, Jonjo Shelvey skewed his resulting effort way wide of the target.

Elias Kachunga worked tirelessly on his first game back after 17 out, but the Congolese man’s afternoon was cut short after failing to shrug off a knock picked up in challenge with Mohamed Diame. Kache’s injury paved the way for Collin Quaner to be introduced- his 50th appearance for Huddersfield Town.

The tempo had really picked up, with both Clubs hunting the elusive opener. Rajiv van La Parra’s tremendous pace down the left nearly resulted in the Dutchman conjuring up a cross from the open Laurent Depoitre at the back stick, but was denied by Yedlin’s equally as tremendous recovery to halt that move for the time being at least.

Town’s best chance arrived just beyond the hour mark, as Zanka witnessed his bullet header from Aaron Mooy’s pinpoint out-swinging corner cannon off the unlucky Collin Quaner on the line, which was eventually hoofed away from Lascelles before any of the lurking Terrier presence could tuck home the rebound.

At the other end, Benitez threw on Christian Atsu in the hope of freshening up the offensive structure. The Ghanaian had an immediate impact by skying waywardly over the bar having cut inside from the right.

Islam Slimani was also brought on by Benitez for his debut in the North East, and the Algerian had an inviting sight of goal seconds in as Lascelles’ long searching pass accurately found the frontman’s chest. A hefty touch allowed Zanka to close in and narrow the angle, with good defensive tenacity forcing Yedlin to overhit his deep cross aiming for Brazilian Kenedy.

Kenedy would play a vital hand in the late opener scored by Ayoze Perez for the home side.

The on-loan Chelsea wide man received the ball inside the area at the second time of asking, and would calmly find the arriving Perez who slotted home from close range.

Harsh on the Terriers, as the balance of play had become largely more even as the game progressed. Town had shown a great determination when defending; the Zanka chance somehow staying out on the line summed up the luck in-front of goal.

One last hurrah for the men in red, and Scott Malone dispossessing Atsu deep in Magpies’ territory led to another tantalising cross towards Depoitre and Quaner. The latter couldn’t bring the ball under control, and with the final push for a leveller, Alex Pritchard’s wicked curling delivery amassed everyone apart from Malone at the back post.

With just Dubravka to beat, Scott was greeted by an awkward bounce, seeing the ball rebound with pace which the home keeper duly pounced upon to ensure it was Newcastle who gained maximum points.

The Terriers look to get back on the winning trail next Saturday with a trip to Brighton and Hove Albion (April 7, 3pm).