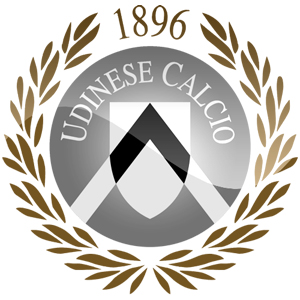 Town's first and only home game within the pre-season schedule saw the team complete yet another hard-fought 90 minutes ahead of the Premier League campaign, but Italian visitor Udinese came away with a 2-1 victory in a close and cagey affair.

Head Coach David Wagner fielded two largely different playing elevens for each half against an opponent which finished 13th in Serie A last term; and the 6,443 inside a patched-up John Smiths Stadium witnessed Tom Ince find the back of the net for the fourth time in five friendly outings to date.

Ince, playing on the right side of a usual 4-2-3-1 set-up, with Rajiv van La Parra occupying the other flank and Kasey Palmer taking a familiar central role, almost got proceedings off to an extremely positive start having been sought out by Danish custodian Jonas Lössl's route one clearance through the heart of the Udinese defence.

The Visitor also expressed a desire to showcase it’s offensive capabilities nonetheless; right-back Silvan Widmer produced an energetic burst of pace down the right to receive a pass before squaring dangerously, which Town's number one Lössl couldn't grasp at the first attempt allowing the ball to land in the path of an un-marked Kevin Lasagna. The front-man saw his resulting effort clawed away by the highly agile and responsive Dane between the Terriers' sticks, however.

Dimitri Cavare followed up his first trial appearance last time around over at Oakwell by taking Town's own right full-back slot from the opening whistle. Cavare, on trial from French Ligue 1 side Rennes, showed positive glimpses early on to latch on to a pin-point cross-field pass from the composed Philip Billing and reach the by-line in a dangerous attacking position, which unfortunately came to a dead ball situation in favour of the visitor.

Mathias Zanka accompanied Christopher Schindler in the central defensive role on his home debut, and the pair looked comfortable and familiar with communication and team-work as Zanka recovered well inside the area to deny Croatian playmaker Stipe Perica from turning in Kevin Lasagna's cross from out on the left-hand side.

Scott Malone had also settled well down the Town left; the former Fulham man put his attacking prowess on the line early doors after neat build-up play resulted in Kasey Palmer finding him in space, but a resulting low cross aiming for a quickly on-rushing Steve Mounié inside the away side's area was hastily cleared by ex-Watford defender Gabrielle Angella.

Shortly after the game's opening goal would arrive; that man Ince expressed some delightful close control throughout the central area outside of the penalty area to breeze past three Udinese markers and fire expertly into the bottom right-hand corner; nothing less than Town deserved after more than matching its opponent from the very start.

Town made sure it produced some tactical adjustments throughout the first period, with a midfield block being applied mid-way into the half by pressing the back four, midfield and striker areas that little bit higher up the pitch to deny the away side any easy route through the central areas and to close off any potential creative space to work; which, up to that point, the midfield duo of Hallfredsson and Fofana had seeked to exploit many times, but found a determined responsive duo of Billing and Danny Williams in the way to somewhat stem the flow of Udinese attacks.

However, the visitor would still be able to create some chances of its own; the first coming as Croat Perica curled inches wide following Philip Billing's loose pass, with the second resulting in an equaliser.

After Rajiv van La Parra sprinted clear of Angella and saw his shot saved down low by opposition 'keeper Simone Scuffet, Kevin Lasagna saw the ball land at his feet after tenacious work from his midfield to dispossess Dimitri Cavare; the Udinese number 11 made no mistake from the edge of the area as his effort took a cruel deflection off an unlucky Billing to nestle in the far corner and level up the proceedings.

Regardless of the score Town had played some nice football up to that point; the defence into midfield links were fluid, with wingers Ince and van La Parra showing large amounts of creativity to cause the visiting full-backs problems. Kasey Palmer in particular had produced some skilful touches and moments of class both to beat markers and set the ball rolling for another blue and white shirt to advance on to.

Philip Billing rounded off an eventful first 45 by rippling the side-netting with a thunderbolt from 25 yards out; not unfamiliar territory for Philip, but this time the Dane couldn't find the target.

Town made eight changes at the interval to ensure that the majority of the squad gained more vital minutes in the tank to build that ever-increasing match fitness ahead of the crucial opener at Selhurst Park two weeks on Saturday; and two of the half-time replacements linked up superbly just two minutes into the fresh period.

Chris Loewe advanced well down the left and whipped a trademark cross aiming for the head of the physical unit that is Laurent Depoitre; on this occasion, the Belgian did excellently to beat his marker at the near-post but failed to hit the target with a bullet header, which narrowly missed sneaking in by a matter of inches.

Following on from Laurent's headed chance, chances were scarce until the hour mark as Jonas Lössl had to be alert to tip over Udinese's own half-time replacement Emmanuel Badu's nodded effort towards goal from a long-throw-in scenario.

Both sides looked to knock the ball around with purpose with intentions of sharpening up for their respective domestic campaigns, and to large extents both Town and the visitor Udinese recycled usage of the ball to standards which both sets of coaching staff would have been pleased with at this stage of the pre-season schedule.

Udinese would take the lead, however, as Town's defensive line failed to react to substitute Andrija Balic's dangerous free-kick cannoning back off the cross-bar which allowed another fellow sub Ryder Matos to slot home in an alarming amount of time and space inside the home side's penalty area.

The match would end with just one negative for Town as Jonathan Hogg hobbled off as a precaution; the midfielder was replaced by Harry Bunn, but Hoggy should be back in action as Town travels to Austria on Saturday for a pre-season training camp which includes matches against German side VFB Stuttgart (1 August) and another Italian side in the form of Torino FC (4 August).