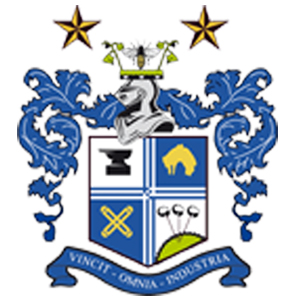 Following on from the last outing at Accrington Stanley, the Terriers kept the same format of rotating players for healthy amounts of game-time ahead of the upcoming Premier League campaign.

The eleven chose to open up proceedings at Gigg Lane started with a desire to gain a firm grip of the match early on, with summer recruit Danny Williams making his presence felt on tough-tackling Bury Skipper Stephen Dawson just minutes in.

A lively Steve Mounié looked to open his account in English football after being found by a characteristically smart through ball from the returning Kasey Palmer. Unfortunately for the ex-Montpellier front-man, Nathan Cameron scrambled back into his own box and threw himself between the ball and the goal after Benin international Mounié had shown superb finesse to calmly round home 'keeper Joe Murphy.

Mounié would provide further evidence of high composure standards after managing to evade a large attacking press deep into the Town half.

Rajiv van La Parra carried on where he had left off from last season in terms of positivity and chance creation; the Dutchman picked up the pieces of a loose ball mid-way through the Shakers' half before driving with real intent towards goal, but his attempt flashed way wide of the right up-right.

The early intensity that Town had applied across the Pennines in the opening stages would have pleased the 2,005 Town fans packed into one of the stands adjacent to the pitch; Phil Billing nearly rewarded them with a goal after nipping in to dispossess a dithering combination of Dawson and Thompson before rifling his effort into the palms of a resilient Joe Murphy.

Andrew Tutte fizzed a shot metres wide of Danish custodian Jonas Lössl’s net just minutes after the Billing chance. Although Town's on-loan Dane had been relatively quiet so far in the contest.

David Wagner introduced Jack Payne on the half-hour mark to replace Kasey Palmer in a planned switch, and the returning on-loan Chelsea man had gained some valuable minutes in the quest to regain full fitness after an injury set-back.

Two changes after the interval saw Ryan Schofield take to the field in goal after having a successful summer period winning the Toulon Tournament with England Under-20's, whereas another England international youngster Jordan Williams took Sean Scannell's place at right full-back.

Disappointingly, it would be the Shakers who would take the lead. A sloppy back-pass from Jack Payne was taken advantage of by the agile Jermaine Beckford who in turn coolly slotted home for the opening goal of the game.

Town's response was good; the passing game really seemed to step up a notch with many attacks being beautifully crafted from the defensive line. Harry Bunn would eventually find a red and black shirt in a dangerous area at the second time of asking, with the winger whipping a fruitful left-footed delivery to the front-post with which Steve Mounié would finally see his patience and effort up front rewarded with his first goal for the Club.

Jordan Williams had impressed with his energy up and down the Town right, and the young man's burst down the same side would see a cross agonisingly float over any potential advancing target which no player could muster the final definitive touch.

The hour-mark signalled a plethora of planned Town changes; a great shift from the side over the course of the 60 minute period which cultivated in a positively increased amount of team cohesion in comparison to the last friendly at the Wham Stadium.

Collin Quaner was one of those introduced in the changes and the big man was instantly involved in a Town offensive move. Jack Payne slid a delicate ball down the right-flank to Quaner, before Collin would locate Tom Ince's superbly sharp burst to the front-stick and prod home for the second consecutive match; Ince showing an excellent burst of pace to show his marker a clean set of heels to nip in and tuck home.

Ince would continue to be a thorn in the host's side after jinking past two defenders, but the brand new acquisition from Derby could only see his attempt whizz past the far-post.

Jonathan Hogg returned to his own usual self by showing exceptional awareness to cut out Tom Aldred's round-the-corner flick towards fellow substitute Ryan Lowe.

After Rarmani Edmonds-Green and Danny Kane took to the field for the last 15 minutes of the clash, Town would finish off the contest with a third goal courtesy of Elias Kachunga from the penalty spot; awarded after Scott Malone's advance into the area was illegally halted by Chris Humphrey.