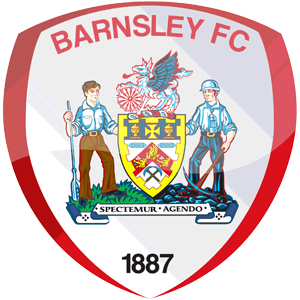 Another Mounié goal completes a good day for the T

The Terriers controlled large parts of open play and, like their colleagues against Girona earlier in the day, held an impressive defensive shape.

The chances started to flow for David Wagner’s side in the second-half, but it took until the final minutes for the breakthrough to come courtesy of the Benin international striker’s third goal in just four games.

Town’s team included a trialist; 22 year-old right back Dimitri Cavaré, a former France Under-20 international from Rennes. The young defender’s last two seasons have been disrupted by injury but he cut an impressive figure on the right, getting forward in powerful fashion, before understandably tiring late on.

However, most of the Terriers got the required 90 minutes under their belts, barring Philip Billing and Joe Lolley, who were brought off in the second-half as precautions.

Town was backed by a sizeable contingency in South Yorkshire and started brightly, with Billing and Lolley winning the ball high before Mounié curled wide from range.

The men in blue and white continued to enjoy lots of possession and Tom Ince soon earned a well-positioned free-kick just 20 yards out, only to hit the wall with his effort.

Barnsley’s best chance of the game came in the 21st minute from a set piece after Löwe fouled former Town man Adam Hammill on the left. Alex Mowatt delivered a great ball into the box for striker Stefan Payne, but somehow Jonas Lössl spread himself to block the effort with his legs at point-blank range.

Town tried things in the game, playing a deeper block as the half came to an end whilst still carrying a threat. Lolley fired just over from range to remind Barnsley of this as the half ended.

Lolley, playing in the ‘number 10’ role, came alive early in the second-half. He tricked his way past three defenders to create a gilt-edged shooting chance in the middle of the box, but centre back MacDonald managed to block his effort. After doing all the hard work in magnificent fashion, he probably should have scored.

Cavaré then saw his low cross for Mounié cleared back into the path of Hogg and the combative midfielder found Lolley in the area, who fired wide.

Town’s players were enjoying a good spell as the hour approached and Chris Löwe tested goalkeeper Adam Davies for the first time after collecting Mounié’s knock-down from Zanka’s long diagonal, with his right-footed shot from 20 yards being pushed away.

Lolley then pressed centre back Lindsay into an error down the Town right four minutes later, gaining possession in behind. His low, right-footed cross was perfect for the onrushing Collin Quaner to meet, but somehow Davies got an arm to his shot and turned the ball over the bar for a save as impressive as Lössl’s early stunner.

Hammill was a danger at the other end and he curled just wide of the far post from range after an error in possession from Town’s trialist.

However, Town continued to make the running. Hogg found Ince with a smart pass and the former Derby man played Quaner in on goal, only for Davies to save well again.

The game looked destined for stalemate as it entered its final minutes, with a looping header from Sean Scannell hitting the top of the bar before going dead. The winger did well to get about left back Fryers onto Löwe’s deep cross, but couldn’t find the breakthrough.

However, Mounié had other ideas. Town drew Barnsley out with some patient passing around the defensive third and Lössl launched a break, firing a huge clearance that caught centre back MacDonald under the ball. Mounié sprinted onto the ball and into the left side of the area before neatly lobbing the ball over the advancing goalkeeper from an increasingly acute angle for an impressive finish in front of the travelling support.