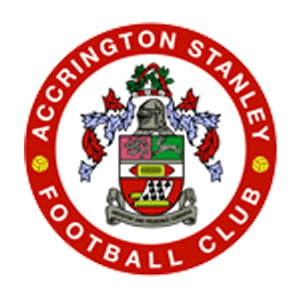 Town’s first competitive game of pre-season came at Accrington Stanley; providing the perfect opportunity to introduce some of the new signings and blow off the cobwebs ahead of the new Premier League campaign.

David Wagner chose to field a completely different eleven for each half granting playing time to the whole squad. Tommy Smith (Foot), Jon Stanković (Knee), Michael Hefele (Achilles) and Collin Quaner (Ankle) all missed out due to various injuries.

The first half had a real pre-season feel to it with very few chances created by either side. New-boy Jonas Lössl looked calm under pressure and was distributing the ball really well; and it was his quick thinking that created the first noteworthy chance for Town as his kick bounced over the Accrington Stanley defence for Steve Mounié. The striker was running through on goal before placing his chip just wide of the mark.

Town was seeing a lot of the possession but the tempo of the game made it difficult for either side to create any clear-cut chances.

Kachunga was next to come close for Town as he found space to turn on the edge of the area and unleash a weak shot that could have wriggled into the bottom right corner; but for a parry wide by Aaron Chapman in the Accrington goal.

Half time came with the scores level and then saw the whole Town team change for the second half. Interestingly, Dean Whitehead partnered Mark Hudson at the heart of the defence with Harry Bunn joining Jonathan Hogg in the centre of midfield.

Nahki Wells had the first chance of the second half for Town, finding space in the number 10 slot and unleashing a fierce drive from 20 yards that went just wide of the post.

The Town breakthrough came on the 55th minute as some good work on the right allowed Tom Ince to wriggle free on the edge of the area, and off-balance, his shot found its way under the Stanley goalkeeper to give Town the goal advantage.

Accrington Stanley almost found an equaliser as Jordan Clark found himself in space following an initial shot that was parried by Joel Coleman; he would have scored but for a goal-saving block from Mark Hudson.

Nahki Wells then found himself free at an acute angle to the right of the goal following a neat one-two with Harry Bunn; and with the chance to double the Town lead, saw his chipped effort hit the side netting.

Kasey Palmer was then introduced with 70 minutes on the clock granting him valuable game time ahead of the new season.

The final chance of the game came from Town on the 85 minute mark as a Tom Ince free kick from 25 yards was pushed over the bar by the goalkeeper; and that was the last of the action as Town secured the victory to help build momentum ahead of the new season.

Town fans travelled in great numbers and occupied over half of the 1,663 in attendance.