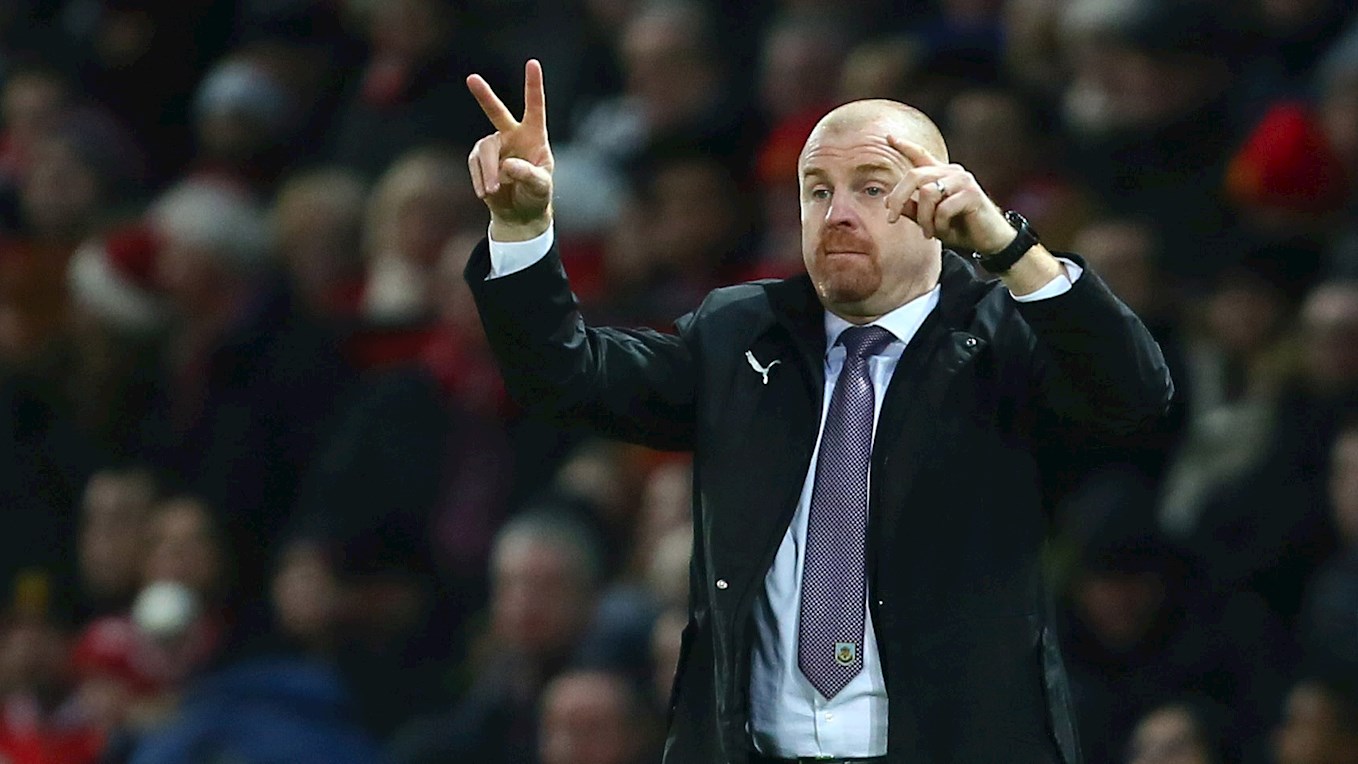 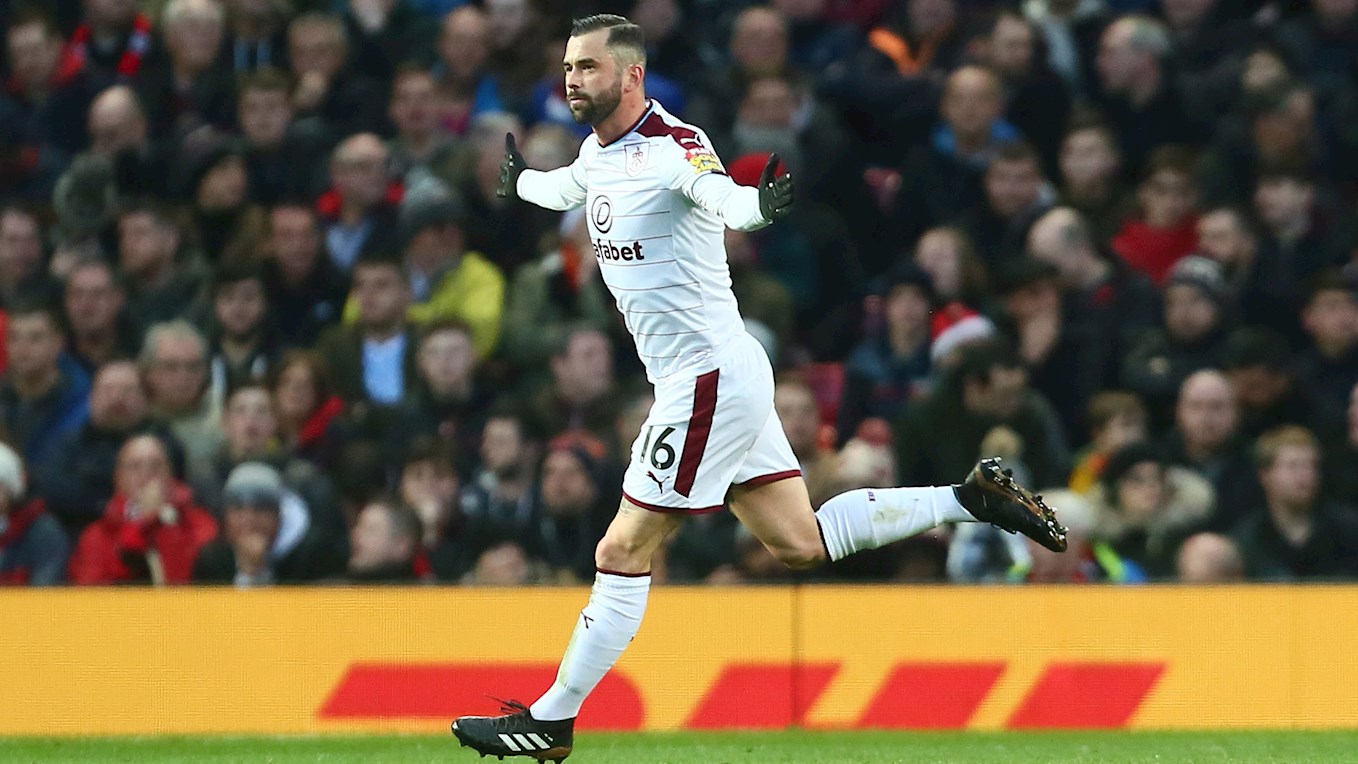 In a game of few clear cut chances, Town ended 2017 with a battling point against the well-organised unit of Burnley. 180 minutes played this season over the course of two league fixtures has seen both Clubs unable to be separated, with the outcome probably the fairest conclusion after two hard-fought clashes.

Sean Dyche’s team came closest to breaking the deadlock after dominating large spells of the opening 45 minutes, with chances arguably in short supply for the men in blue and white.

Three changes included the re-calling of Laurent Depoitre, Florent Hadergjonaj and Scott Malone, as Steve Mounié, Tommy Smith and Chris Lowe all dropped out. Jonathan Hogg skippered the side on a day where Rajiv van La Parra celebrated his 100th start in English football. Cult-hero Michael Hefele (achilles) was named amongst the substitutes for the first since last appearing in September’s Carabao Cup tie away at Crystal Palace.

A duo of familiar faces returned to HD1 in Burnley colours, with Scott Arfield and promotion-winner Nahki Wells in the match-day squad. Both sets of supporters impeccably observed the minute’s applause ahead of kick-off, and proceedings begun with Town unusually playing towards the Fantastic Media stand.

Burnley started with two half-chances. Jonas Lössl was sharp to dash off the line and punch away Johann Berg Gudmunsson’s deep free-kick, with Mathias Zanka following up with a crucial block from Ashley Barnes’ delivery having dubiously sprung the offside trap.

Town were close to finding a route through, but Ince’s loose touch allowed Ben Mee to clear- that move initiating as a result of Scott Malone’s determination to drive away from Gudmunsson.

As of recent weeks, Collin Quaner has been the focal point of many a Huddersfield Town attack. The winger was at it again just shy of 10 minutes in, as a rasping drive could only be tipped over the bar by the equally recently impressive visiting ‘keeper Nick Pope.

The following corner landed at the feet of Jonathan Hogg, who in turn released a powerful volley high over the bar.

Town would be relatively relieved as the Lancashire opposition had the ball in the back of the net, but the linesman’s flag on the Revell Ward side was raised. Nonetheless, Jonas Lössl pulled off a terrific save from the outset to deny Ben Mee’s stooping header at the far from Gudmunsson’s free-kick having been fouled by Zanka.

Laurent Depoitre’s mistake in possession luckily went unpunished, as the Belgians' stray back-pass fell graciously to Jeff Hendrick. Hendrick- playing in a number 10 role for the away side- continued to lay-in a waiting Ashley Barnes, but the latter saw his low cross for ex-Terrier Arfield at the far post diverted away for a corner by Zanka at full stretch.

Despite clearing successive corners, Town were the ones being pressed. Johann Berg Gudmunsson danced his way past two blue and white shirts whilst taking up a menacing attacking position, but after working his space, the finish was to be desired as the Icelander fired straight into the side-netting from a tight angle.

Positivity remained as the Terriers looked to take somewhat of a bigger hold on the contest, but still it was the high-flying outfit from Turf Moor who posed the greater threat. Scott Arfield the next man to waste a chance by nodding wide after leaping highest in the area from Phil Bardsley’s centre.

In truth, David Wagner’s men were finding it difficult to break down a Burnley side which, on first-half evidence, looked organised both defensively and on the offensive press, in which they forced multiple turnovers of possession.

It would take until first-half stoppage time for the first real chance, as Rajiv van La Parra’s inventive run eventually saw Collin Quaner slid in behind, but full-back Charlie Taylor covered round effectively.

As the interval approached, Ashley Barnes was vitally denied by Jonathan Hogg instigated by Phil Bardsley’s drive with intent from the right flank.

Town needed to start the second period upbeat, and to an extent, that was the case. Aaron Mooy and Scott Malone both delivered inviting crosses, but both were either too deep or cleared by one of the Clarets’ rigid defensive compartments.

At the other end, another Mooy free-kick was tantalisingly hung-up to be attacked, and an unlucky Christopher Schinder couldn’t quite get fully over the ball to head downwards.
Burnley would then see a penalty claim waved away by referee Paul Tierney. The combination of Arfield and Hendrick squirmed an opening down the left, with the latter going to ground having rounded an advanced Jonas Lössl. Ultimately, the man with the whistle adjudged Hendrick’s fall to not merit a penalty.

It would have been fair to say that as time crept towards the hour mark, the encounter was firmly in the balance. Burnley’s first-half dominance had certainly come under fire from a Terriers side buoyed in the hunt to round off a fantastic calendar year in style.

Hard work and endeavour aside, chances were hard to come by. Burnley were displaying the characteristics of impressive toughness, a trait which most of the sides in the top-flight had come to expect.

Aaron Mooy would always possess danger in that right-foot of his, and it was the Australian’s flighted delivery towards Zanka which would eventually bring the half back to life of some sort.
Joe Lolley drifted onto the right in a tactical switch and instantly looked to press on the front foot.

Lolley beat his marker Charlie Taylor and chipped into the area for Depoitre- who had been marshalled well by the duo of Ben Mee and Kevin Long. Town’s striker yet again saw the ball float over his head and roll out for goal-kick.

Nahki Wells thought he’d prodded in on the slide to hand Burnley the advantage late on after fellow substitute Sam Vokes’ flick-on. The Bermudian squeezed between two defenders, and it would take Jonas Lössl’s strong wrists to palm away and relieve the danger.

Jonas’ save would prove to be the final, pivotal moment as Town finished 2017 with a goalless stalemate before heading to Leicester City on New Year’s Day.