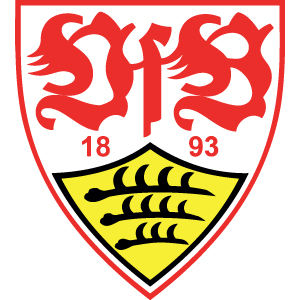 A sensational second half comeback saw Huddersfield Town draw 3-3 with Bundesliga side VfB Stuttgart in Schwaz.

Strikes from Simon Terodde, Chadrac Akolo and Tobias Werner gave last season’s Bundesliga 2 champions a 3-1 lead with 15 minutes to go despite Rajiv van La Parra pulling a goal back, before late goals from Collin Quaner and Sean Scannell earned Town a draw in the Clubs’s penultimate pre-season match ahead of the 2017/18 Premier League campaign.

Result a-side, as Town prepares for the upcoming campaign in the top flight of English football, the Austrian heat could pay dividends for the match fitness of David Wagner’s First Team squad.

The hosts dominated the ball at the start of the game, as Town looked to sit deep and catch the German club on the counter attack.

Despite early ball possession, it was the Terriers who had the first chance in the game, albeit by unlikely circumstances. Goalkeeper Jonas Lössl launched a long kick into the Stuttgart half, his pass took a wicked bounce and ended up flying just wide of Langerak’s goal.

Town look most threatening from the wide areas; centre-back Kaminski rose highest to beat Mounié in the area; before the Benin international guided Chris Löwe’s cross just wide of the goal.

Stuttgart’s good work with the ball, however, eventually led to the opening goal in the 12th minute. Asano released right-back Zimmerman down the wing; his floated cross was met by an unmarked Terodde and was glanced past a helpless Lössl.

The opener seemed to spur on VfB as the Club had a good chance to double its lead shortly after; Insua’s dangerous curling free-kick was met in the box by Kaminski, who lost his marker, but he volleyed an effort just wide.

Then came Town’s best chance of the opening 45 minutes; Ince’s deep corner was punched clear by Langerak, however, the ball eventually found its way back to him. He cut inside from the right and whipped a shot inches wide of the far post.

Stuttgart continued to create opportunities; Insua’s teasing cross was almost met by an unmarked Asano at the back post before Zanka did well to halt an on-rushing Brekalo in the area.

Just before half-time Stuttgart had its second. Michael Hefele failed to clear a ball in the box, which then fell nicely for Akolo, who created a yard of space and drilled an effort past Lössl.

As the temperature dropped in the second half, the intensity of the friendly increased; Town started the second half positively after making 10 changes.

Town had an early opportunity from a free-kick after Philip Billing was brought down 20 yards out in front of goal. The midfielder took the free-kick was blocked by the wall for a corner.

It was from that subsequent set piece that Town pulled a goal back; a short corner was played to Rajiv van La Parra, the winger whipped an in-swinging cross into the area which was missed by everyone before nestling into the back of the net.

Town’s scorer was involved again shortly after; he rolled the ball through the legs of a defender 20 yards out before his eventual shot was blocked and fell straight into the hands of Zieler.

Stuttgart continued to create chances; Ozcan danced past the Town midfield before fizzing an effort just over the bar, whilst Donis fed off a loose ball from Dean Whitehead before dragging a shot straight at Coleman.

However, in the 67th minute, the German side restored its two goal advantage. Billing slipped when trying to collect a pass from van La Parra, which released a swift counter attack which was finished off by Tobias Werner.

The chance for fourth came just moments later. Ozcan’s out-swinging corner was met at the near post by Gentner, but his header flew wide of the scrambling Coleman’s post.

Sean Scannell was introduced in the 74th minute replacing Mathias Zanka; the switch saw Dean Whitehead slot into the centre of defence, Joe Lolley into the middle of midfield and Collin Quaner into the number 10 slot.

It took just three minutes for the winger to have an impact; he was released down the right-hand side and cut the ball back to van La Parra in the box via the feet of the referee. Rajiv’s shot was well saved by Zieler before Quaner pocked in the rebound.

In the 80th minute Scannell drew the scores level; he was thread through the defence perfectly by Quaner and went one-on-one with Zieler. ‘Scanz’ held off his man and squeezed a shot under the body of the German ‘keeper to score.

There was time for one final chance in the dying moments of the match; Julian Green put a teasing ball across the face of the Town goal; it was met by Werner five yards out, but the winging couldn’t get his effort on target rattling the cross bar.