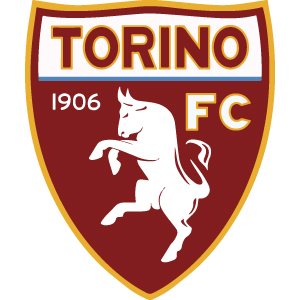 Huddersfield Town drew 2-2 with Serie A side Torino in Jenbach after coming from behind on two occasions.

Goals from Elias Kachunga and Steve Mounie earned Town a draw in Austria after a strong showing from the Terriers.

The cooler temperatures in Jenbach allowed David Wagner’s First Team squad to play at a high intensity in its final pre-season friendly ahead of the 2017/18 Premier League campaign.

Both sides tried to control the game early on and looked good in possession, but neither managed to create any meaningful opportunities in the opening stages of the match.

Just nine minutes in, Town had strong appeals for a penalty waved away by the referee. The insatiable partnership of Elias Kachunga and Tommy Smith, that worked wonders for the Club last season, linked up well once again. Smith was fed into the box by the German attacker and went down under the challenge of left-back Molinari but to Town’s dismay a spot kick wasn’t awarded.

Town continued to look menacing in attack; Mooy drilled a low free-kick into the wall from 30 yards out before dangerous crosses from both Kachunga and Ince were cut out.

Kachunga looked threatening for Town down the right and was once again involved in the 15th minute; he combined well with Ince, who took up the no. 10 role, before the Englishman stung the palms of Torino ‘keeper Milinkovic-Savic from a tight angle inside the area.

The Italian side began to create more chances and could’ve been ahead if it wasn’t for Chris Loewe; the left-back did excellently well to intercept a through ball towards Edera after the winger linked up well with striker Manuel De Luca.

However, in the 23rd minute Torino took the lead; Edera managed to squeeze past Billing and van La Parra in the box before drilling a powerful effort past Jonas Loessl.

The goal seemed to spur on the Italian side; Mathias Zanka showed some great pace to stop Edera running through one-on-one with the Town ‘keeper.

Town regained its composure just after the half an hour mark and seemed to push back Torino, who’s defensive line dropped very deep.

In the 35th minute Town found its equaliser; Loewe’s cross was blocked and fell into the path of Rajiv van La Parra, the winger cut the ball back across the box before Elias Kachunga excellently placed the ball past the ‘keeper.

There was time for a final chance in the first half, as Tommy Smith collected a delicatly floated ball over the top of the defence; he tried to place the ball under the on-rushing ‘keeper, but couldn’t get his effort on target.

David Wagner’s side started the second half positively and just a minute after the restart Mooy flashed a free-kick wide from 30 yards after Palmer was brought down.

Despite Town’s start it was the Italian side who re-took the lead; a Berenguer corner was met in the area by the diving head of Joel Obi, who managed to lose his marker in the centre of the box.

The goal didn’t deter the Terriers, who continued to attack with intent. Kachunga had a superb opportunity to level just three minutes later; he met a superb cross from Loewe in the area but couldn’t get enough on his header to guide it goalwards.

Town’s left back continued to push forwards and got his assist in the 58th minute. He whipped another dangerous cross into the area, which was met by the powerful Mounie and guided into the top corner.

The changes didn’t stop Town pushing forwards; Lolley and Scannell both did well to create possible openings but the defence cleared the ball on both occasions just ahead of Depoitre.

Town continued to attack down the flanks; Scott Malone tried to find the Belgian international in the box with a low early cross but substitute ‘keeper Ichazo beat the striker to the ball.

Depoitre, who was a strong presence upfront for Town after coming on, was hauled down in the 82nd minute by centre-back Moretti 20 yards out in front of goal. Joe Lolley tried to squeeze the free-kick under the wall but it was deflected and eventually hooked clear by the defence.

Kasey Palmer was very close to finding a late winner for the Terriers. He rolled the ball past two defenders before drawing a superb save out of Ichazo from the edge of the area.

Town’s final chance of the match fell to Laurent Depoitre; the Belgian striker was picked out in the centre of the goal by Sean Scannell, but he couldn’t re-position himself quick enough and scuffed an effort wide from eight yards out.