This will be the 61st meeting between the two sides, with Town not losing at home to the Toffees since 1953.

With just four games left of the Premier League season, the Terriers sit six points above the relegation zone with 35 points.

This weekend’s opponent, Everton, currently sits eighth in the Premier League with 45 points.

The Toffees come into the game off the back of a 1-0 win over Newcastle United and without a defeat in their last three games, drawing with Swansea City and Liverpool.

Since Sam Allardyce was appointed as Manager at the end of November, Everton has gone on to pick up 30 points from 21 games – the sixth highest points tally in the top-flight during that period. 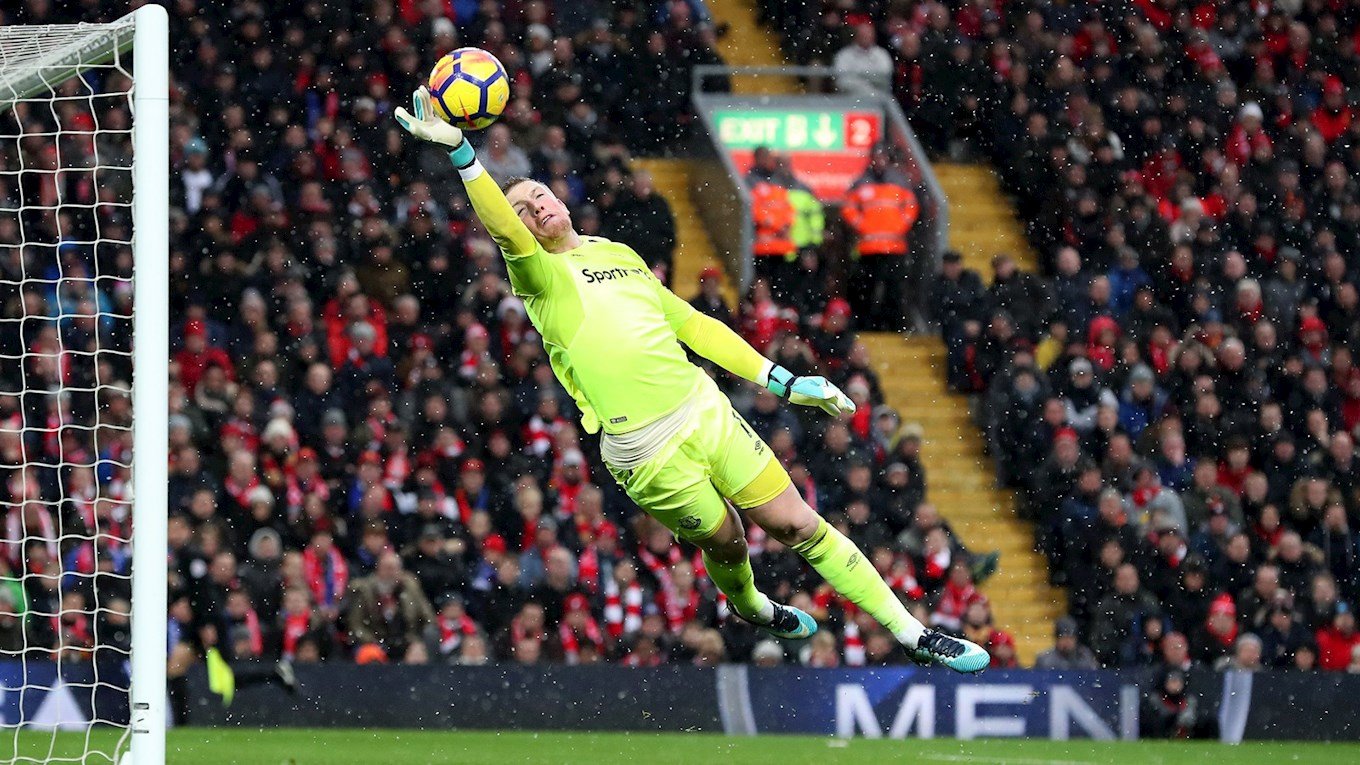 The centre-back Michael Keane has been capped by England from Under-16s level to the Senior squad and has been a vital part of Everton’s strong defence record in recent weeks. He has also made the most clearances for the Toffees this season with 186. 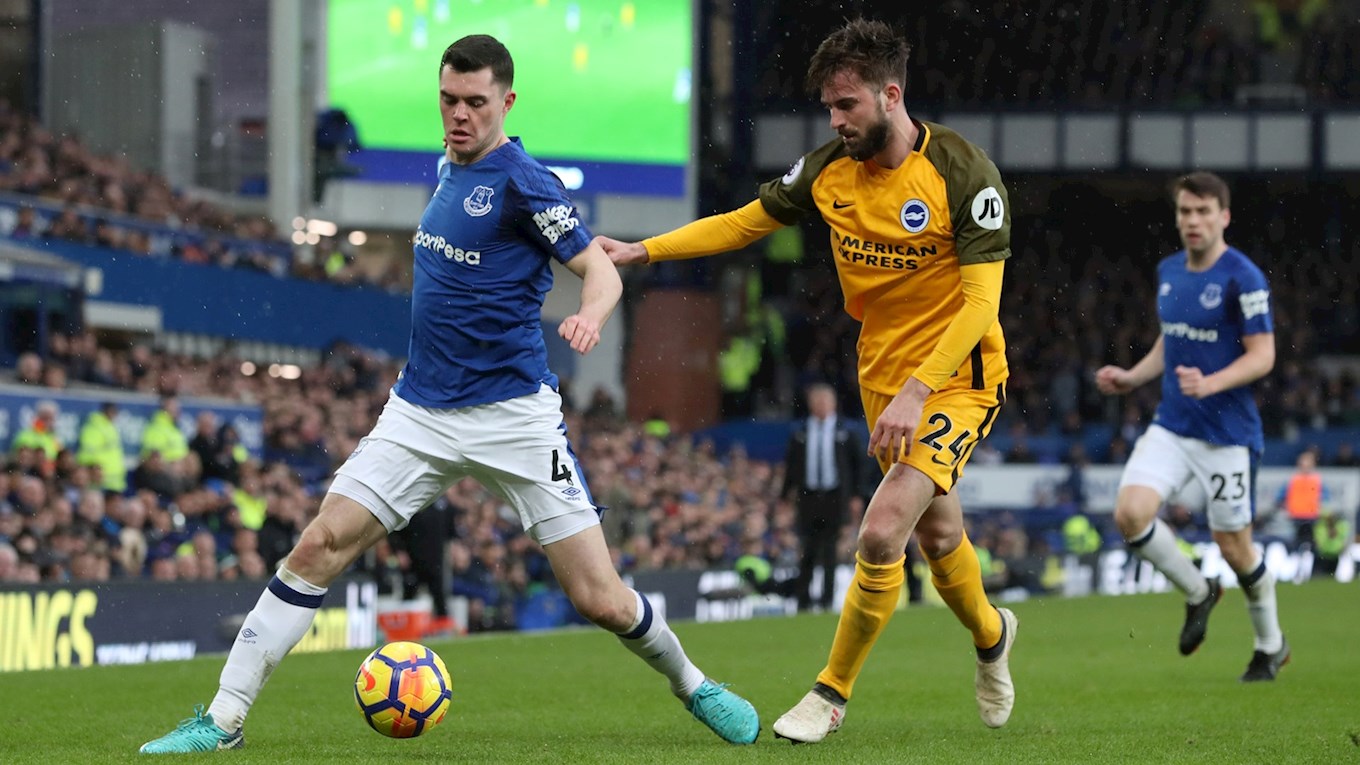 Everton’s defenders are in good Fantasy Premier League form with Leighton Baines just behind Michael Keane. The left-back has two goals and two assists to his name this season, to go alongside his 52% tackle success rate. 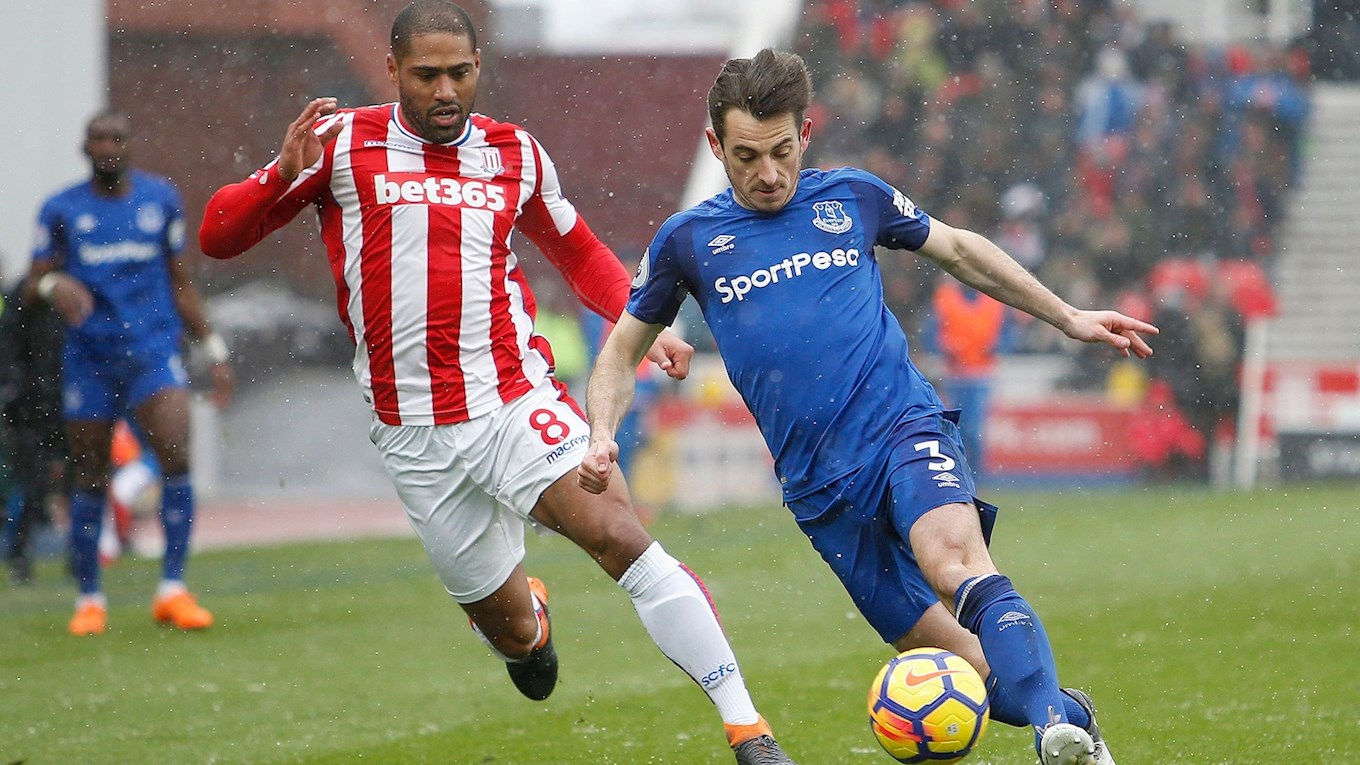 Sam Allardyce could be without six of his First Team squad for this weekend’s game at the John Smith’s Stadium.

David Wagner will address the press on Friday ahead of the game against Everton at the John Smith’s Stadium.

Town will be wearing the famous blue and white stripes for Saturday’s Premier League clash against Everton at the John Smith’s Stadium.

A goal in each half condemned Town to defeat after Everton ran out 2-0 winners at the John Smith's Stadium.

Cenk Tosun showed a clinical edge to hand the blue half of Merseyside a narrow lead heading into half-time, and the win was confirmed by Idrissa Gana Gueye 13 minutes from the end despite Town's best attempts to gain some sort of reward.

David Wagner named the same starting XI from the dramatic 1-0 success over Watford, with the only change in the whole of the match-day squad taking shape in the form of Jon Gorenc Stanković replacing Tom Ince as the goal-scoring hero missed out through a hamstring injury. Town's other long-term absentees included Elias Kachunga, Danny Williams and Michael Hefele.

Interestingly ahead of kick-off, Town last defeated Everton on home soil all the way back in 1956 - but was undefeated in the last six fixtures on the whole, with three wins and three draws.

Not only was the pressing matter of Premier League safety on the line, Town was evidently out for revenge in response to the 2-0 humbling at Goodison Park in December.

The Town start summed up that notion, as quick inter-play with confidence led to Sam Allardyce's men having to retreat deep into their own territory firstly in order to force Collin Quaner out of possession.

As ever throughout this Premier League campaign, the Town faithful were in magnificent voice. A vibe of sheer determination rallied around every single supporter, with many off their feet in a bid to instill that further ounce of spirit and energy to an already high-octane performance.

The visitors seemed to be camped in their half as Town pressed, and knocked the ball around with purpose; the central defensive duo of Phil Jagielka and Michael Keane definitely had their work cut out to deal with the forward line of Pritchard and Mounié in particular from creatively working openings.

Everton would always pose a threat going forward nonetheless, with the likes of Wayne Rooney linking up with the physical Cenk Tosun and Theo Walcott's electric pace down either flank.

The switch didn't click as the Toffees ventured forward first time around despite neat passages to come forward from half-way. Wayne Rooney's attempted chip was mis-controlled by Walcott, letting Town off the hook.

A well worked corner routine saw Terence Kongolo have a rare attempt on goal. The impressive Dutchman blazed well over, but that was only the first inviting opening in quick succession for the buoyant Terriers.

Alex Pritchard played a delightful ball over the head of a retreating Jagielka for the barnstorming run of Steve Mounié. As Town supporters rose from their perches hoping of a perfect end result, Jordan Pickford was quick to dash off his line and smother as the ball took an awful bounce which ultimately saw the chance go begging for the Benin International.

The Merseyside outfit grew into the contest, and it took an exceptionally positioned Christopher Schindler block to end Walcott's lightning break prematurely, before the German followed up with yet another well-timed block to divert away Seamus Coleman's fizzed near-post delivery as Tosun lurked to sweep home.

Back at the other end, Town also continued to cause problems. Steve Mounié's persistence saw a rebound fall kindly for Alex Pritchard who delivered a teasing first-time cross to which Rajiv van La Parra could only manage to fire over Pickford's bar despite making a clean, sweet connection with his right boot.

Crosses were becoming a main front of attack for the Blue and Whites. Florent Hadergjonaj caused yet more headaches amongst the Toffees' defensive ranks, as a thunderous ball towards the far-post wasn't taken advantage of by the cavalry of Terriers in and around the danger area.

But as Town felt the opening goal was coming ever closer, a loose period of possession led to Everton snatching the lead five minutes before the interval.

Theo Walcott raced forward and played in Cenk Tosun, and the January acquisition from Beşiktaş finished expertly across Jonas Lössl to make it 1-0.

In truth, Tosun's strike came largely against the run of play, and the Turkish International had taken his one and only chance of the afternoon.

Vlašić looked to double the Evertonians' lead seconds after the restart, but on this occasion Jonas Lössl was alert to comfortably cushion the Montenegrin's tame effort.

Collin Quaner's excellently positive drive instigated a first half-chance of the second period. The German winger drew in three Everton defenders before releasing Rajiv van La Parra down the left, and the latter used efficient skill to run beyond Coleman and pull back for Alex Pritchard, who failed to make an adequate goal-bound connection.

Everton responded with an even better chance of its own. Coleman broke through and prodded towards goal, as Lössl was once again equal to the task of keeping Town just one behind.

Pritchard again had a great sight of goal from a wide pull-back, and it was his link up with van La Parra which eventually was cleared as ex-Norwich man couldn't adjust his feet in time to fashion an attempt at Jordan Pickford.

The game was really starting to open up, as Town pushed forward in numbers. Saying that, the rearguard still had to be majorly alert in order to keep the lively Walcott and Tosun at bay from stretching the advantage.

15 minutes to go, and the Head Coach had used all of his roles of the dice as Scott Malone, Philip Billing and Laurent Depoitre had been called upon off the bench in the late attempts to haul level.

Those attempts fell short, as Idrissa Gana Gueye fired home from the edge of the area, doubling that slender advantage in the process.

An overhit Oumar Niasse cross found its way to Leighton Baines, who calmly picked out the unmarked Gueye 18-yards out and the finish was well beyond the reach of a sprawling Jonas Lössl.

The second seemed to deflate Town's momentum, but that certainly didn't halt the desire to possibly mount a comeback.

A clever flick-on from Philip Billing brought in Alex Pritchard, and as Pritch delivered into a dangerous area, Laurent Depoitre pulled the trigger with venom which looked destined to beat Pickford hadn't one of Everton's own replacements, Ramiro Funes Mori, valiantly put his body on the line to divert away from danger.

The offensive luck had truly evaded the Terriers, and it could well have been summed up to a tee as a goal-mouth scramble including five Blue and White shirts weren't quickest to react as the ball dropped and bobbled in and round the six-yard area.

Town return to action next Sunday, with a trip to Champions Manchester City (Sunday 6 May 2018, 1:30pm).