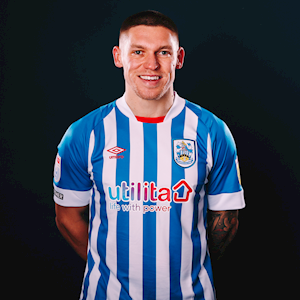 Born on 23 January 1990 in South Shields, Waghorn spent his youth career with Premier League Sunderland before making his first team debut against Manchester United at the Stadium of Light, he then signed a new two-and-a-half-year contract with the Black Cats. From Sunderland, Waghorn joined Sky Bet Championship side Charlton Athletic on an initial one-month loan, which was extended to two months, where he scored his first senior goal – he went on to make seven appearances for Charlton before returning to his parent club.

The forward’s next move would be another loan move to Leicester City in August 2009 until January 2010, which was then extended until the end of the season, where he scored in his first appearance against Swansea City. He went on to score 12 goals in 43 appearances in the loan move and his overall performance at the club earned him the Young Player of the Year award in April 2010.

The striker made the move to Wigan Athletic permanently in April 2014, where he spent the season and contributed a further 29 appearances and scored five more goals for the Latics.

The 32-year-old moved on to sign a three-year-deal with Scottish Championship, later Scottish Premiership, side Rangers in July 2015 and scored a brace in his debut for Rangers in the Scottish Challenge Cup against Hibernian. He scored his first senior hat-trick in September 2015, taking his league goal tally to 11 and overall tally to 14 in his first few months. During his time with Rangers, Waghorn made 57 appearances and scored 28 goals.

Waghorn returned to the Sky Bet Championship in August 2017 as he joined Ipswich Town on a two-year contract, and five days later scored the winning goal on his league debut against Barnsley, which set him in good stead as he finished the season as the club’s top scorer with 16 league goals.

The next three season were spent at Derby County, where he was a key player in the squad after becoming the seventh signing for Frank Lampard. Overall, Waghorn made 111 appearances and scored 26 goals – including the important penalty for the Rams in the last game of the 2020/21 season that saved the club from relegation.

All of this leads up to his current parent club Coventry City, where Waghorn joined in July 2021 following the expiration of his contract with Derby, he has played 38 games for the Sky Blues and scored twice before becoming a Terrier.