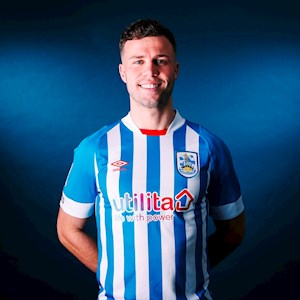 Florian Kamberi arrives at Huddersfield Town as a free agent after leaving Swiss side Winterthur in November.

Born on 8 March 1995 in Zürich, Kamberi started his youth career with Swiss club Grasshoppers before spending a short spell with Rapperswil-Jona where he scored 10 goals in 15 appearances – he then returned to Grasshoppers and spent the next four years with the club, which where his professional career began.

Kamberi made 58 appearances for Grasshoppers and scored 24 goals before going on loan to Karlsruher SC for the 2016/17 season, where he scored one goal in his 15 appearances.

When his loan ended, the Swiss U21 international went on loan to Hibernian in January 2018 for the rest of the 2018/19 season and scored nine goals in 14 appearances. As a result, Hibernian signed Kamberi on a three-year contract at the end of the season, and he went on to score 11 goals in 53 appearances.

After a short loan spell with Rangers at the end of the 2019/20 season, where he made six appearances and scored one goal, Kamberi moved back to Switzerland to sign for St. Gallen on a three-year deal.

The 27-year-old was released from St. Gallen in June 2022 and he then went on to sign for Swiss side Winterthur in the July. Before joining the Terriers to train in Marbella in November 2022, Kamberi made nine appearances and scored one goal.

The new Town signing has previously been called up for the Swiss U20 and U21 sides, before switching international alligiance to Albania, with whom he's recieived a number of call-ups.