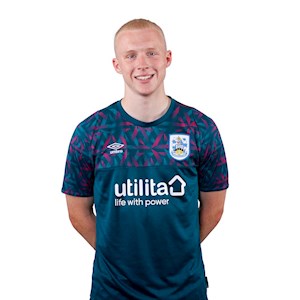 Out On Loan
Salford City

Jacob joined the Club as a free agent after impressing during an extended trial period with the Academy, signing a contract that runs until June 2020.

Born in Wahroonga, Australia, Jacob’s football career took off as a 12-year-old when he was selected for the Football Federation Australia’s ‘Talented Player Pathway’; a programme of the New South Wales Football Institute.

He received the Hill Sports High School Senior Football Award in 2017 and, more recently, he played youth and senior football for Sydney United 58 FC before moving across the NSW National Premier League to join Marconi Stallions.

Chapman travelled to England in November 2018 to try and earn a professional contract, initially joining Town on trial in December 2018.

He has subsequently impressed with Town, and after gaining his first taste of senior football with Ossett United in a 2019/20 loan, he was a substitute for the First Team in the Sky Bet Championship game at Fulham in February 2020.

July 2021 saw the 'keeper sign a new contract, committing his future to the Club until the summer of 2024.

The Aussie spent the first part of the 2021/22 season on loan at Vanarama National League North side Gateshead, starting 31 games in all competitions in a hugely successful loan spell.

Alongside fellow Australian teammate Nicholas Bilokapic, Chapman was selected for the Socceroos’ U23 squad to play in the U23 Asia Cup taking place in Uzbekistan in June 2022.