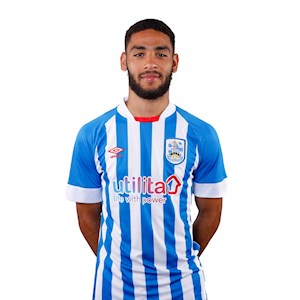 Brodie joined Town’s Academy from Northern Irish side Cliftonville ahead of the 2020/21 season.

Having arrived at Town playing primarily in central midfield, Brodie soon found his home at right back in the Under-17 side last season and quickly progressed through the age groups in his debut campaign.

His form saw the decision made for the youngster to bypass the Under-19 age group, and link up with Jon Worthington’s B Team, in which he has proven to be an influential figure.

It’s not just the Academy staff that Brodie’s impressed, as his performances also caught the eye of Carlos Corberán, seeing him called up to First Team training several times across the season.

As if that wasn't enough, the youngster made his senior Northern Ireland debut in June 2022! Brodie participated in a four-day training camp earlier this month with Ian Baraclough and the senior squad, and clearly impressed, going on to play 25 minutes in a Nations League game in Cyprus!

September 2021 saw Brodie put pen-to-paper on his first professional contract at Huddersfield Town, committing his future to the Terriers until June 2024.

It’s also worth noting the work that Spencer does away from the football pitch. In March 2022, the youngster volunteered alongside B Team teammate Pat Jones to become a Terriers Together Ambassador for the Club, which will see him promote and participate in the Club’s work towards achieving the Premier League Equality, Diversity, and Inclusion Standard.